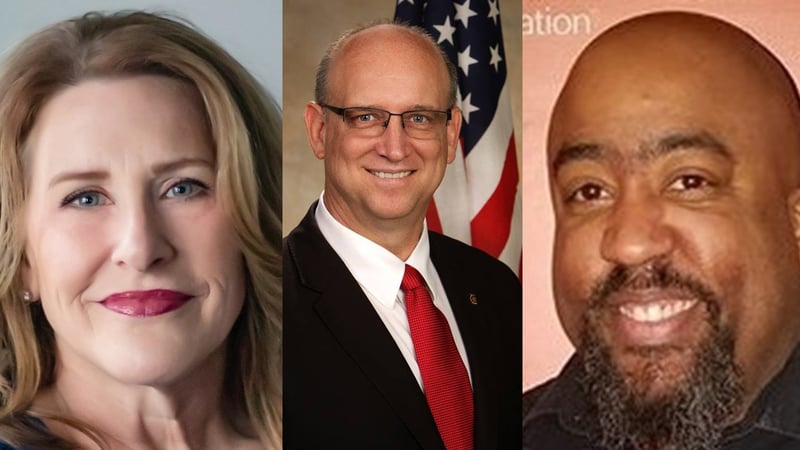 This is part two of our three part series sitting down with each of the nine candidates for Wichita Mayor.  Part three will come on Friday.

Jeff Longwell, Amy Lyon, Ian Demory.  Three more Wichitans seeking your vote to lead Kansas' largest city into the next decade, each with their own take on what should happen next.

"It's time that we get someone with the business acumen, experience and the commitment to the community," said Amy Lyon.

The Navy veteran and businesswoman points to her years working in Corporate America as proof she can handle the job.  A transplant from Los Angeles 16 year ago, she says Wichita has a lot to offer and it's those little extras of daily life that can help bring business growth.

"I think that we have to establish a little bit more on the arts and culture side because CEOs are not going to come here without an addition to what we have now," she said.  "I'd like to host innovation tournaments and really engage the college students and the younger...generation to bring forth ideas to really make Wichita better."

"We don't feel like our work's finished, yet.  But we think that we've come a long way," said incumbent Mayor Jeff Longwell.

He points to falling rates this year of what police call major and violent crimes, after hitting highs that made headlines last year, as a sign of a city doing well.

"So public safety is number one," he said of his priorities.  "Number two: we have to continue to build up our infrastructure, whether it's water and streets, our sewer."

Longwell says he'd also like to finish work on several major projects designed to improve quality of life in Wichita, such as the new baseball stadium and riverfront development.

"My main reason to run for mayor is I want to make a difference in the community," said Ian Demory.

The musician and teacher entered the race for mayor to fulfill a promise to his students: if they did well on a test, he'd run.

Always an avid political junkie he says he was surprised by how much he didn't know about the city before running and wants to fix that for others.

"I want to be sure that if elected that the people know, people are aware via emails, via social media, via mailers.  Citizens need to know what's going on in their community," Demory said.

All three agree Wichita's people, their sense of community and entrepreneurial spirit, are what make the city great.