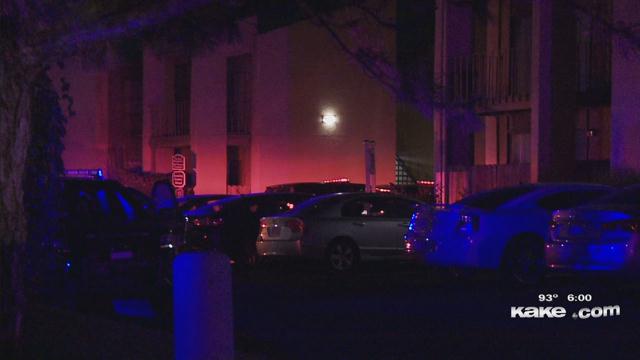 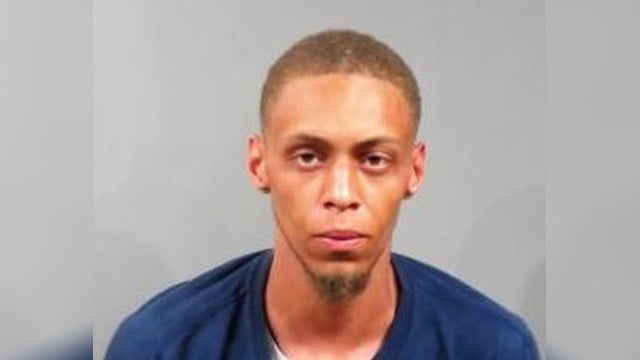 The airman killed has been identified as 20-year-old Chancelor Williams of Spartanburg, South Carolina. Three others were also hurt in the shooting. A 21-year-old man and a 22-year-old male were taken to the hospital where they were treated and released. A 19-year-old is still in the hospital but is expected to survive.

One airman was killed and three other people were hurt early Saturday morning in an east Wichita shooting.

The altercation took place around 2 a.m. in the 500th block of North Rock Road. When officers arrived, they found a man dead. The man, in his 20's, was an airman from McConnell Air Force Base.

“Team McConnell is deeply saddened by the loss of one of our Airmen,” said Col. Richard Tanner, 22nd Air Refueling Wing Commander. “We come together as a community to support our families and all those affected by this tragic incident.”

McConnell Air Force Base is working to contact family of the airman. His name will be withheld for the next 24 hours.

Three other people were hurt – two men and one woman – in the shooting. The woman has serious injuries, but she is expected to survive. The men were had minor injuries but were released from the hospital.

Wichita police have arrested 25-year-old Markeithen McClaine on charges of first degree murder and three counts of aggravated battery in connection with the shooting.

One resident said he lives upstairs next to where the shooting happened and he heard the gunshots when they woke him up.

"It had to be close because it was really loud," said Kiam Griffith, a resident in the apartment complex. "At least 10, over 10 shots."

Those shots left behind a scene of broken windows on cars and even a tail light that got shot out, which was Griffith's car. There was also blood on the pavement where the man died.

After hearing the shots he said he heard chaos outside, and looked out his window.

"They were just like, pow, pow, pow," he said. "Then I looked out the window saw the guys feet, it was kind of dark so I only saw from the knee down."

Officers confirmed later on Saturday that the 20-year-old male that was shot was an airman from McConnell Air Force Base. Griffith said he saw them trying to resuscitate him.

"I could tell they were resuscitating him, trying to, but he was gone so he didn't move," he said.

Griffith was a marine for three and a half years so he said he knew the sounds of the gunshots. Since his roommate has children, he said he wanted to ensure their safety.

"Well of course I fear for their life," he said. "They can get hit by something."

According to Griffith a lot of families live in the apartment complex, but every Friday parties are held in the apartment room across from his. This one turned to chaos after the shots rang out.

Griffith said one of the three that was injured came running up the stairs to his room after the shooting yelling for someone to save his friend.

"He was basically pushing everybody away and I was trying to calm him down," he said. "He was very distraught."

Griffith has only lived in Wichita for a little over a month after moving from Georgia. In the aftermath of the shooting, looking at the crime scene, he said he isn't sure why things like these happen.

"I think it's over nothing," he said. "You got to result to ending someone's life at a young age."

One person is dead and three others are hurt in a shooting early Saturday morning in east Wichita. Now, police are searching for a suspect.

When officers arrived, they found a man, 20, dead in a parking lot. Investigators spoke with people to piece together clues as to what happened.

“There was a party going on at one of the apartments here,” Wheeler said. “There was a disturbance that occurred in the parking lot. We've learned that there was an individual that got out of the vehicle and shot into the crowd.”

Three other people were hurt: two men and a woman. The men had minor injuries and were released from the hospital. The woman has serious injuries, but Wheeler said she is expected to survive.

Sedgwick County dispatch said they got a call around 2 a.m. Saturday for a shooting near Central and Rock Road. EMS was called out to the scene, though dispatchers were not able to confirm the severity of the injuries.

KAKE News has a crew heading out to the scene. We’ll provide more updates on Good Morning Kansas at 6 & 8 a.m. Saturday.