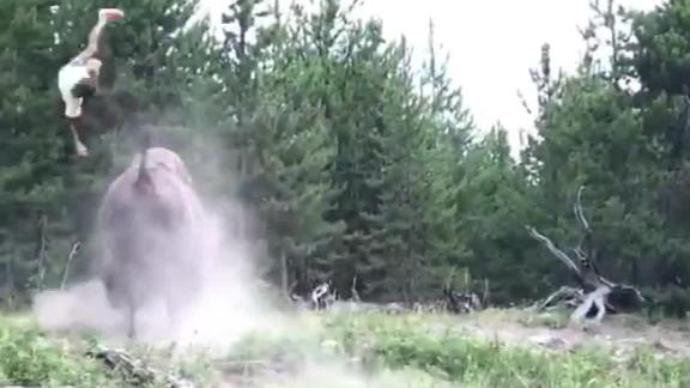 A group of about 50 people were between 5 to 10 feet from the bison near the Old Faithful Geyser for at least 20 minutes, causing the bison to charge at them, according to a press release from the National Park Service.

The bull bison ran toward the girl and "tossed her in the air," officials said.

The extent of her injuries is unclear.

Video circulating on social media shows a large bison charging toward a young girl as others run away.

No citations were issued as a result of the incident, according to park officials. An investigation is ongoing.

(MORE: Why Yellowstone had to euthanize a bison calf after a visitor put it in his car)

"If need be, turn around and go the other way to avoid interacting with a wild animal in close proximity," the NPS said.