Toddler who disappeared at a Michigan campsite found alive and well 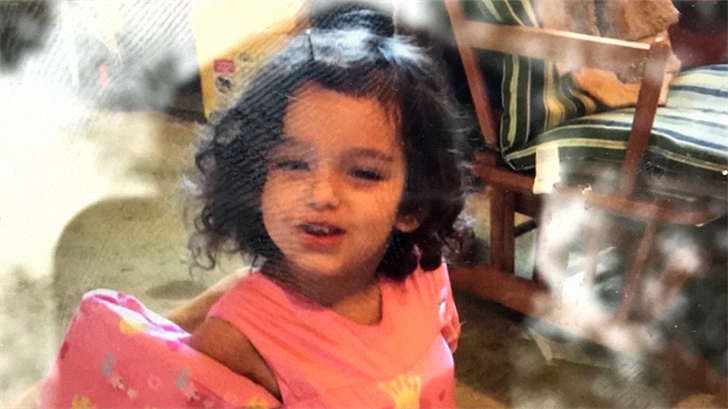 Authorities say a 2-year-old girl who disappeared from a campsite in Michigan on Monday has been found alive and well.

The Michigan State Police said in a Tweet just after 11:30 a.m. local time Tuesday that Gabriella Vitale was alive.

Great news!!! Gabriella has been found alive. Details to follow when available.

Gabriella's family lost track of her as they were packing up their campsite in Comins Township Monday morning. She was last seen at around 8:15 a.m.

Lt. Travis House said Gabriella walked up to a residence near the edge of the ground searchers had already covered Monday and overnight. He said she covered quite a bit of ground.

"Luckily, there was a resident home at that residence at the time that she arrived," Lt. House told ABC affiliate WJRT. "The resident had been contacted by us earlier, so she knew that Gabriella had been missing and she called."

The girl has been reunited with her mother.

What a trooper! The searchers are all clearing and the command center is packing up. pic.twitter.com/cUnUGN6dza

"She's been without water probably for more than 24 hours. They want to get her in and get her checked out," House said. "But the first responders who have been with her say that she's in good shape."

He said she was missing her bottoms and shoes but seemed relatively unfazed for a toddler who had been in the woods that long.

Police in Michigan are looking for a 2-year-old girl who disappeared from a campsite Monday.

Gabriella Vitale's family lost track of her as they were packing up their campsite in Comins Township, Michigan, Monday morning, according to a news release from the Oscoda County Sheriff's Office.

Her family is from the Monroe area and had been camping off Reber Road since last week, the release said.

The little girl's pink jacket was found several yards from where she went missing, according to Michigan State Police.

Police are asking people in the area to look out for the little girl and report any clothing items they may find to the dispatch center.

"If you find clothing, please don't touch (to keep your scent off)," a statement from the Michigan State Police said.

They are also asking people to be careful as they drive through the area.

"Anyone driving around in the area should certainly be cautious," Lt. Travis House told CNN affiliate WWTV. "Know that there's a little girl out there that could cross the road at any time. Keep your eyes peeled."