Rabbit found in river with rope, 5-pound weight tied around its neck 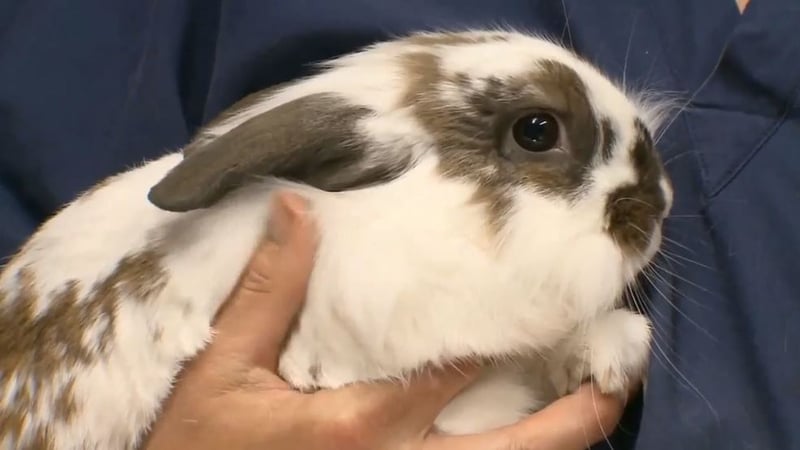 Police are investigating after a rabbit was found in a river with a rope around her neck and a weight attached to it in Raymond, New Hampshire.

Raymond police said two kayakers found the rabbit in the Lamprey River on Sunday with a rope around her neck and a 5-pound weight attached to the other end of the rope.

Candray Pet Care Center in Candia, New Hampshire, is caring for the rabbit.

"Animals will fight awful hard to stay alive, and she obviously tried hard," said veterinarian Dr. Matthew Cobb. “She was pretty stressed and had clearly inhaled some of the river water. That was her biggest medical issue."

Dr. Cobb said timing was the difference between life and death for the rabbit.

“The rabbit is extremely lucky that somebody noticed and took the effort to help her out, because she wasn't going to make it otherwise,” he said.

Police said they learned a juvenile may be involved after family members of the juvenile came forward, and animal cruelty charges are pending.

“There's a million better ways if you don't want to have an animal to get rid of it, and if there was some other motivation, I can't begin to understand it,” Dr. Cobb said.

Dr. Cobb estimates the rabbit is around 1 to 2 years old and said she's in good shape, but he's not predicting a full recovery just yet.

“We have to watch her pretty closely for a couple more days,” Dr. Cobb said. “I'm concerned about pneumonia. That's hard to beat in a rabbit because they don't handle antibiotics well, so I can't comfortably say that absolutely she's going to be okay, but I think the odds are she will be.”