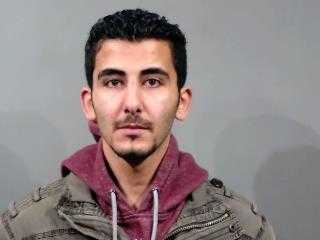 The owner of a now-closed used car lot in downtown Wichita has been sentenced for using threats and fraud in connection to his business.

District Judge Bruce Brown granted Alashqar probation in the case and ordered him to pay $44,500 in restitution to two victims.

An investigation showed Alashqar threatened customers who complained about the used cars that they purchased at his lot. Evidence presented in court showed Alashqar also defrauded his bank by cashing a worthless check and then spending the proceeds.

Alashqar ran the car lot with his brother, Obada.  The Alashqar brothers were previously ordered to pay $526,802 in a civil judgment .

The Office of the District Attorney launched an investigation of the brothers and their dealership following consumer complaints that began in January 2017. The district attorney's civil lawsuit alleged 48 consumer violations, including failure to disclose safety recalls, failure to provide car titles, taking customer trade-in vehicles without paying for them, selling vehicles "as is" and not having an auto dealer license with the Kansas Department of Revenue.