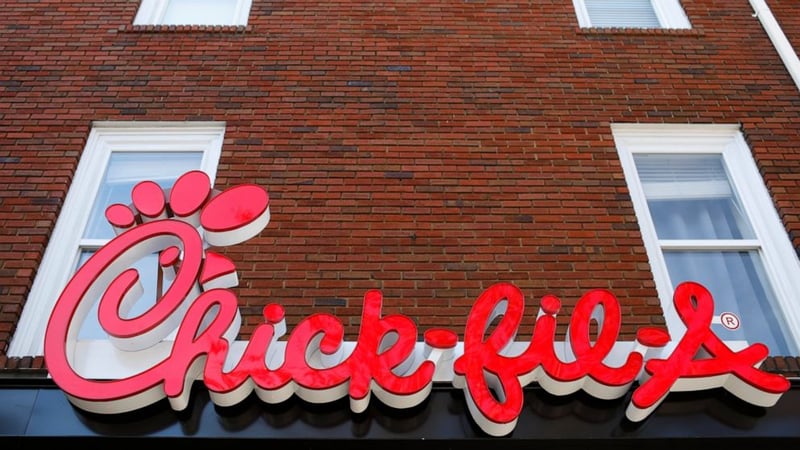 Surveillance camera video shows a Chick-Fil-A employee jumping through a drive-thru window to save a choking boy in Georgia.

WSB-TV reports Chick-Fil-A employee Logan Simmons said he overheard a panicking mother yell that her son's seat belt was choking him on Tuesday.

Simmons can be seen in the video climbing through the window to get to the vehicle in the parking lot. He says he used a pocket knife to free the child who was beginning to turn red.

The outlet reports that the boy's mother called Simmons to thank him again, calling him a hero.