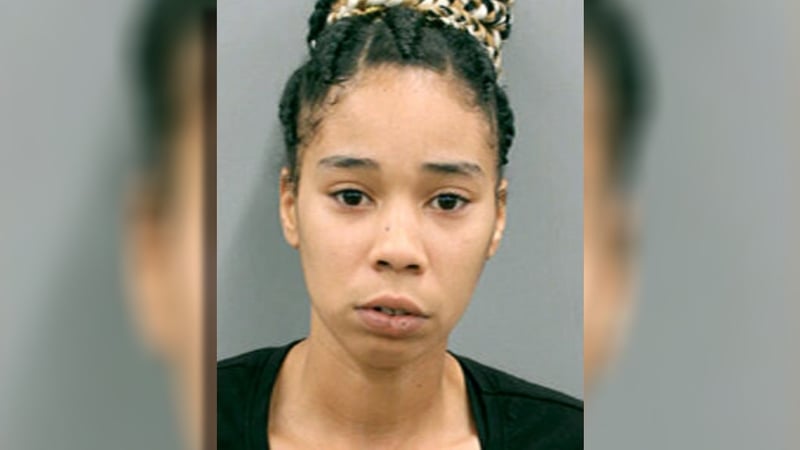 A Texas mother has been charged with killing her 3-year-old son by hitting him with her SUV during what prosecutors are describing as a game of "chicken."

On June 11, 26-year-old Lexus Stagg allegedly drove toward three of her children in the parking lot of their Houston apartment complex when she struck her son, according to a press release by the Houston Police Department.

Surveillance video taken at the community pool shows a white Lincoln Navigator driving in reverse as three children chase after it. Stagg then allegedly put the car in drive and moved toward them, police said.

Two of the three children were able to move out of the way in time, but the 3-year-old, identified by police as Lord Renfro, was struck and later died at the Memorial Hermann Southwest Hospital.

Stagg did not show any visible signs of intoxication and was released after she was questioned, police said.

Authorities initially described the child's death as an "unfortunate accident" but determined it was not an accident after further investigation, ABC Houston station KTRK reported.

Harris County District Attorney Kim Ogg told the station Stagg was playing a game of "chicken" with her children.

"Every parent has an obligation to protect their children, even from themselves," Ogg said. "Cars aren't toys and playing chicken with your kids isn't a game."

Stagg's children were playing in front of her in the parking lot when the child was struck, Harris County prosecutor Sean Teare told KTRK. Lord Refro was run over by two of the SUV's tires, Teare said.

In 2013, Stagg's Child Protective Services removed two of Stagg's older children from her home and placed them with a relative, KTRK reported. Her younger children have also been placed with relatives after the 3-year-old's death, CPS confirmed with the station.

On Thursday, Stagg was arrested and charged with criminal negligent homicide in the death of her son, police said. She was released on $1,500 bond Friday afternoon after attending her probable cause hearing, according to KTRK.

It is unclear if Stagg has retained a lawyer. ABC News could not immediately reach her for comment.