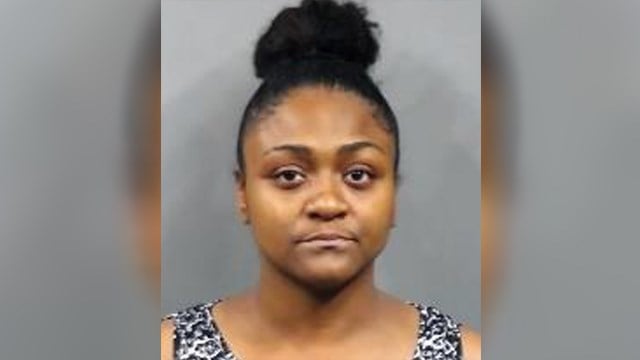 Wichita police say they have found a 2-year-old girl safe and arrested her mother in connection with the case.

Officers arrested 34-year-old Ronetta Clement in the 2400 block of South St. Clair Monday evening and booked her for felony interference with law enforcement (false information concerning death or disappearance of a child).

"Her arrest follows an extensive investigation into her allegations that her child's father had placed their 2-year-old daughter in danger," Capt. Brent Allred said.

Police asked for the community's help Sunday night after officers responded to a report of a suicidal person in the 2300 block of North Woodlawn. Clement told officers that the father refused to return custody of the girl and that he made some homicidal and suicidal statements, according to Capt. Allred.

"Based on this information, an 'attempt to locate' was issued on the 2-year-old and her father so that their welfare could be checked and so that officers could investigate what actually occurred."

Authorities made contact with the toddler Monday evening at her grandmother's home and "everything appeared to be fine," Allred said. The girl's father has active warrants and did not want to be contacted.

Clement was held without bond Tuesday morning. The case will be presented to the district attorney's office.

"In all, approximately 117 hours from law enforcement were used in this case when officers and detectives could have been using this time on cases that required their attention yesterday."

Wichita police are asking for the public's help in finding a missing 2-year-old girl, and they believe she may be in danger.

Captain Brent Allred said police made contact with Anyla's 34-year-old mother after receiving a call for a suicidal person. When talking to police, the mother said Alton refused to return the child to her and made concerning statements about her safety and welfare.

Both mother and father have legal custody of the child.

Police issued an attempt to locate Sunday night. An Amber Alert was not issued because the child was not abducted.

Neither parent lives at the apartment complex on North Woodlawn, but police said the parents had agreed to exchange the child there.

Anyla is about 3 feet tall and 40 lbs with black hair and brown eyes. She was last seen wearing a pink shirt, white leggings with red hearts and pink shoes.

Police have made several attempts to contact Alton, but they have been unsuccessful. They have contacted other family members to ask for help.

Allred said that while Wichita police officers are actively looking for Anyla and her father, anyone who has any information regarding their location should call 911 immediately.