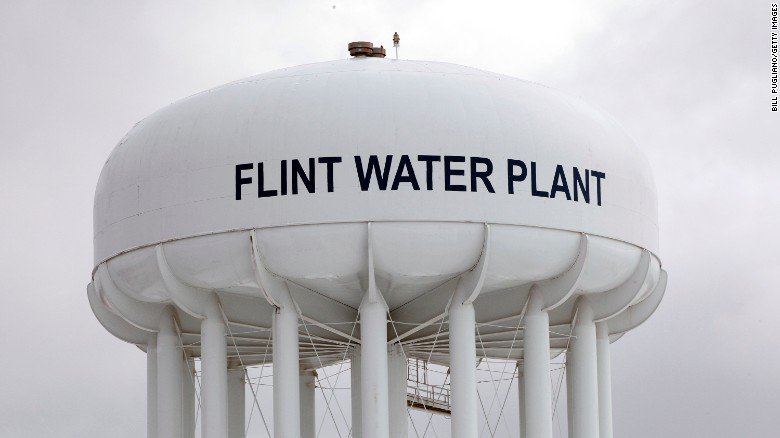 The Latest on criminal charges dropped in the Flint water scandal (all times local):

The lawyer for Michigan's former health director says they feel "fantastic and vindicated" by the dismissal of charges in the Flint water scandal.

Chip Chamberlain acknowledged that Nick Lyon could be charged again as prosecutors start a new investigation. But Chamberlain says he's confident the probe "will yield no evidence of any criminal wrongdoing."

Lyon was head of the state health department until January. He was charged with involuntary manslaughter and accused of failing to timely inform the public about an outbreak of Legionnaires' disease when Flint was using the Flint River in 2014 and 2015.

Prosecutors say they're dismissing all criminal charges against eight people in the Flint water scandal and starting the investigation over again.

The eight people include former Michigan health director Nick Lyon. He was accused of failing to timely inform the public about an outbreak of Legionnaires' disease when Flint was using improperly treated water from the Flint River in 2014 and 2015.

The outbreak occurred at the same time that the city's water system was contaminated with lead.

Lyon was the highest-ranking official to be charged in the investigation.

Michigan officials are ordering a Flint hospital to take steps to reduce the risk of exposure to Legionella bacteria and Legionnaires' disease at the facility.

The Michigan Department of Health and Human Services and the Department of Licensing and Regulatory Affairs on Wednesday ordered McLaren Flint Hospital to "immediately correct conditions."

Hospital spokeswoman Rosemary Plorin says in an email that the hospital believes the order "is unfounded and represents the state's continuous efforts to shift blame for their bad decisions made five years ago onto our hospital."

Flint, while under state financial management, switched to the Flint River for water in 2014 without treating it to reduce corrosion. Lead leached from pipes, contaminating the system. At the same time, a deadly Legionnaires' disease outbreak occurred that led to criminal charges against government officials.

Legionnaires' is a severe form of pneumonia caused by water-borne bacteria.