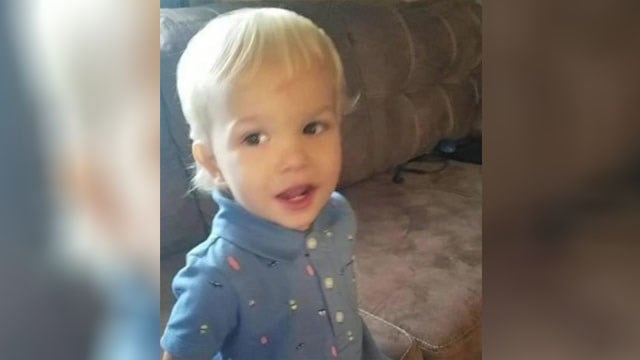 Search crews found the body of a 2-year-old Kentucky boy on Monday, hours after he was swept away in weekend flash flooding at a Tennessee gorge as crews evacuated 64 people from the popular park.

Tennessee State Parks Assistant Chief Ranger J.R. Tinch said the boy was swept away about 5 p.m. Sunday as a family member carrying him tried to cross through the water during an evacuation at Cummins Falls State Park.

Tinch said the waters rose to dangerous levels in just two minutes. He said the park has signs warning visitors about its dangers.

"The safety of our visitors is of our upmost importance. One of the safety precautions that we have implemented is that we have a large amount of life jackets down at the bottom of the gorge," he said. "As folks enter the gorge, we encourage them to use them."

Tinch said it doesn't have to rain heavily in the park for the gorge to flood. It's more about the rain that hits the watershed that feeds the falls. He said park staff monitors water levels and when they reach a certain point, the park is evacuated.

A similar situation happened in 2017 when a 73-year-old woman was swept away in a flash flood while 40 others were rescued.

A GoFundMe page has been created to help the Pierce family cover funeral costs.

According to The Tennessean, Family friend Steven Carver described Steven Pierce as the perfect baby.

"He was a happy baby, precious. Just a total sweetheart," Carver said.