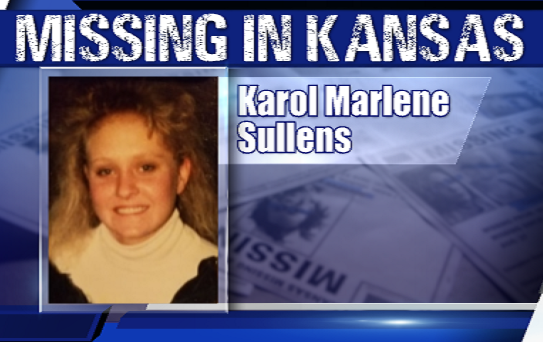 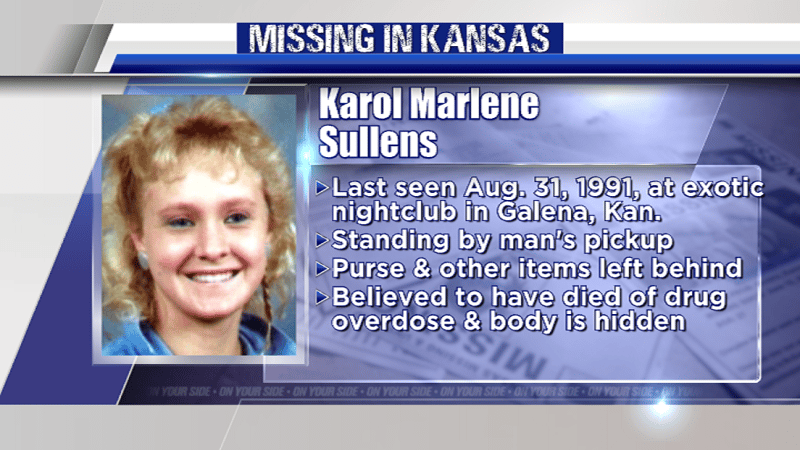 A young woman vanished from southeast Kansas nearly 30 years ago, and her family continues to pray for answers as to what happened to her.

Karol Sullens is described as a vibrant young woman who was working as an exotic dancer in Galena, Kan. She was last seen on Aug. 31, 1991, when she was taking a break during work. She was out in the parking lot of the Valley of the Dolls Exotic Nightclub, located 7th Street on the west edge of town. According to the Department of Justice, she was speaking with a man beside his pickup truck, which possibly had a camper shell on it. Karol disappeared shortly after. Her purse and other personal items were left behind in the venue.

According to court reports, investigators believed Karol died of a drug overdose and her body was hidden. Donald Kidwell, of Picher, Okla., was sentenced to 18 months in jail for his connection with Karol’s case. In an April 2006 report with The Joplin Globe, Kidwell pleaded guilty to misdemeanor obstruction of official duty and misdemeanor battery. Initially, he was charged with second-degree murder in connection with Karol’s death, but a plea agreement led to lesser charges, with the hope of finding Karol’s body.

If you have information that could help the case, contact the Cherokee County Sheriff's Office at (620) 429-3897. KAKE News will feature the story of a missing person every weekday in our newscasts at 6 a.m. and 5 p.m. If you have a person you’d like for us to share a story about, please contact Anchor Annette Lawless at alawless@kake.com.