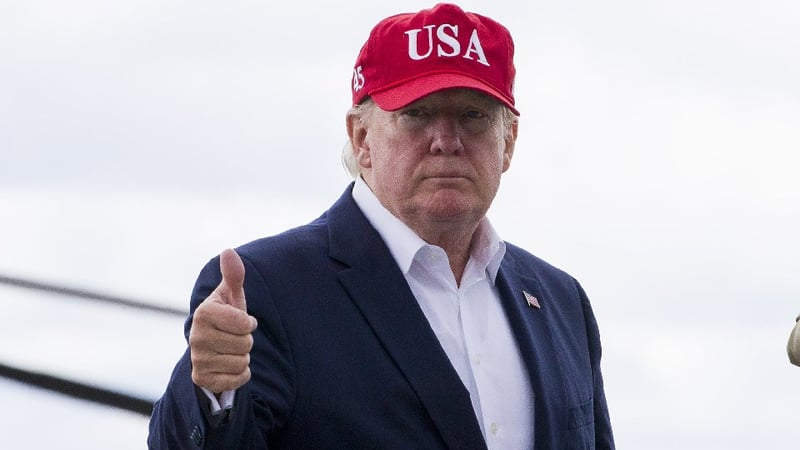 The Latest on U.S. threats to impose tariffs on Mexico (all times local):

President Donald Trump says he has “indefinitely suspended” tariffs he has threatened to impose Monday on Mexican imports.

Trump says on Twitter that the U.S. and Mexico “reached a signed agreement” Friday night.

The president says Mexico “has agreed to take strong measures to stem the tide of Migration through Mexico, and to our Southern Border.”

After a week of threats, President Donald Trump declared Friday that “there is a good chance” the U.S. will strike a deal with Mexico to avert the tariffs he’s scheduled to take effect Monday to force the U.S. ally to stem the flow of Central American migrants into the United States.

Trump tweeted his more optimistic view from Air Force One as he flew home from Europe, but added, “If we are unable to make the deal, Mexico will begin paying Tariffs at the 5% level on Monday!”

The tweet marked a change in tone from earlier Friday, when his spokeswoman Sarah Sanders told reporters: “Our position has not changed. The tariffs are going forward as of Monday.”