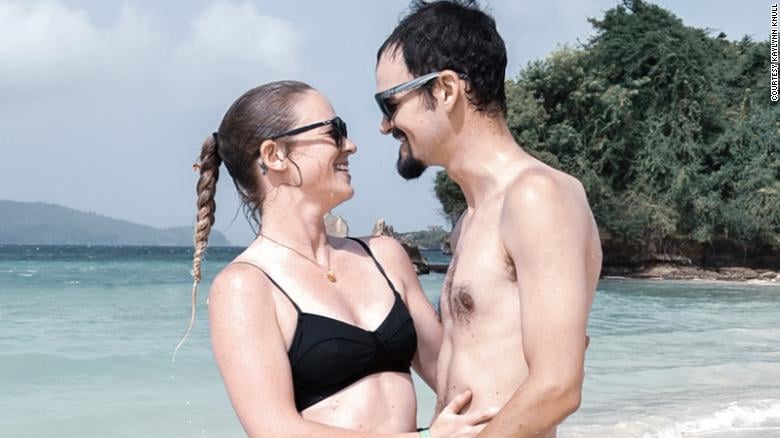 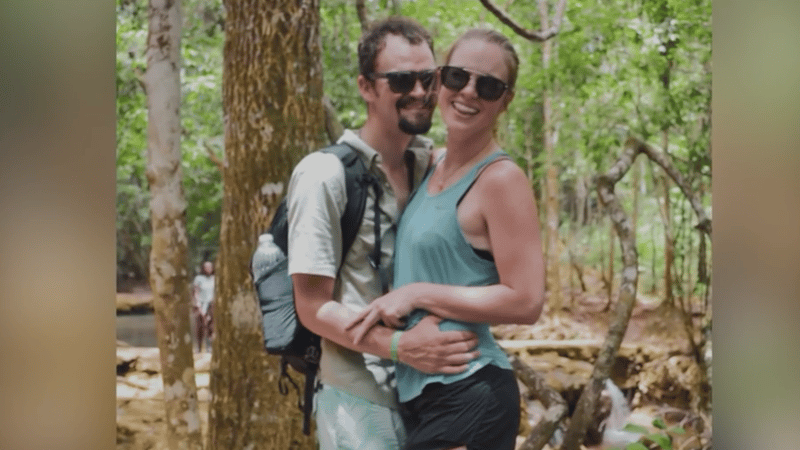 As authorities investigate the unexplained deaths of three Americans at a resort in the Dominican Republic, a Colorado couple who stayed at the same facility last year said they became violently ill after being exposed to what they suspect were insecticides spread through the air conditioning system.

Kaylynn Knull, 29, and her boyfriend Tom Schwander, 33, filed a lawsuit earlier this year against the owners of Grand Bahia Principe Hotel La Romana, blaming them for causing their sickness in June 2018.

In an interview with CNN, Knull said the recent deaths of a Maryland couple and a Pennsylvania woman within days of each other at the same Dominican Republic hotel complex made her angry and sad.

Last month, Edward Nathaniel Holmes, 63 and Cynthia Day, 49, were found unresponsive in their hotel room at the resort in La Romana. Authorities in the Dominican Republic said a preliminary autopsy found that the couple suffered respiratory failure and pulmonary edema, caused by excess lung fluid. Day also suffered a cerebral edema. Five days earlier, 41-year-old Miranda Schaup-Werner died in her room with her husband nearby. The couples checked in on the same day -- May 25.

According to the Attorney General's Office of the Dominican Republic, a preliminary autopsy on Schaup-Werner showed she suffered from a heart attack, pulmonary edema and respiratory failure. Toxicology results are pending and the deaths remain under investigation by authorities in the Dominican Republic.

Jay McDonald, a spokesman for the Schaup-Werner family, said they were working with authorities in the United States to gather more information.

"Our goal here is answers. We want to understand what happened," he said, adding that the couple was in the Dominican Republic to celebrate their ninth wedding anniversary.

A spokeswoman for the hotel would not comment on Knull and Schwander's allegations, citing the pending litigation. She said the deaths of Holmes, Day and Schaup-Werner were isolated events and that there "are no indications of any correlation between these two unfortunate incidents."

Tourism Minister Francisco Garcia sought to downplay the deaths when speaking to reporters Thursday. "In the last five years, over 30 million tourists have visited the Dominican Republic, but this is the first time the international media report such an alarming situation. ... These are isolated incidents and the Dominican Republic is a safe destination."

The recent deaths have prompted others who vacationed in the Dominican Republic to come forward with their own bad experience at the Bahia resort.

For Knull, a massage therapist, and Schwander, an ambulance director, their vacation last year was supposed to be a relaxing getaway. They said they work relentlessly during Colorado's long ski tourist season and had been "excited about some beach time" when they booked their trip to Bahia. "We'd never been out of the country together."

On the sixth day of the couple's 13-day vacation, Knull said she woke to a pounding headache. She assumed she was dehydrated, so at breakfast she drank water and tomato juice hoping that would help. It didn't.

When the couple returned to their room, they were hit with an overwhelming "chemical smell like someone had painted the walls," she said.

They looked around, trying to find the source of the smell, discovered nothing and called the front desk for help. They wondered if it was cleaning solution but it appeared that housekeeping had not visited.

While they waited for a reply from the front desk, they got a housekeeper's attention and asked her to come into the room. She walked in, waved her hand over her nose in disgust and immediately walked out, Knull said.

With still no reply from the front desk, she called several more times. Eventually a bellhop and a hotel manager arrived with what they told the couple was an "air cleaner," a contraption about the size of a space heater, Knull said.

She and her boyfriend repeatedly asked the manager to identify the source of the smell. It was difficult to communicate, she said. The couple does not speak Spanish and some employees didn't seem to understand them.

The manager, whose name Knull did not recall, upgraded the couple to a luxury room where they stayed the following night. But Knull said she began to feel worse and Schwander got sick, too. They endured intense stomach cramping and diarrhea. She had blood in her stool. His eyes wouldn't stop watering. They awoke to Schwander drooling a lot and a sweat-soaked bed.

"I had sopped his chest up (with drool)," Knull said. "I was sweating so hard my eyes were tearing. My vision was blurred. ... My head was getting dizzy."

Knull said she thought back on what she had seen days earlier: A maintenance person spraying palm plants that covered air conditioning units just outside their room.

"I wondered if someone sprayed our unit," she told CNN. "They are always constantly out there taking care of the plants. We saw them out there with bug sprayers."

The couple grew angrier as their symptoms worsened. Knull said her stomach cramps were so bad it felt like "chainsaws going through my insides."

Knull said she went to the front desk and demanded to know what was going on. "We asked for paperwork, for everything and they refused to give anything to us."

A couple days later, the couple decided to cut their vacation short and fly home at an extra cost of $600.

The flight home was painful, Knull said. When they arrived at a stopover in a New York airport, they raced to the bathroom.

On their final flight home to Denver, Knull said she was buckled over from the pain of stomach cramps.

They spent the next several days at home, drinking water and juice, and their symptoms began to ease. They were examined by their respective family doctors who, according to medical records Knull provided, suspected the couple had been exposed to organophosphates.

Organophosphates are man-made chemicals typically found in pesticides, such as ant and roach spray. It can be absorbed through the skin, inhaled or eaten. Exposure can cause increased saliva, tear production, diarrhea, nausea, sweating, confusion and other symptoms, according to the National Center for Biotechnology Information. About 3 million people worldwide are exposed to organophosphates every year, accounting for 300,000 deaths, the NCBI reports.

Typically those who are poisoned by organophosphates seize or salivate excessively, she said.

Knull and Schwander's attorney, David Columna, and a Florida-based lawyer who often works with him, John Urban, told CNN that in the Dominican Republic there is no discovery process or jury trial. When a lawsuit is filed, it's up to a judge to decide when a hearing happens during which both sides present arguments. Then the judge renders a decision. It's possible the hotel could settle with the couple, Urban said.

Knull became emotional this week reflecting on the people who have died. More than winning the suit, she said she wants to know what made them sick.