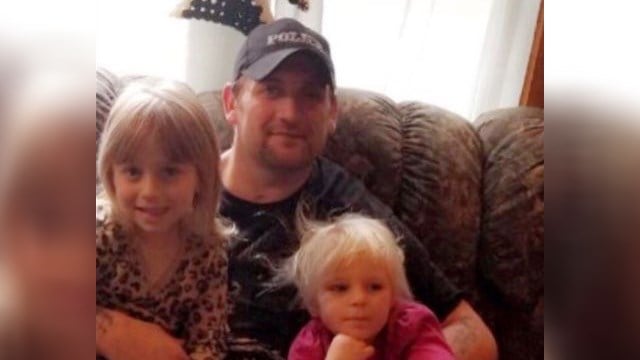 Authorities say a man died after saving his 5-year-old daughter from a dog attack in southeast Iowa.

Lee County Sheriff Stacy Weber says 33-year-old Robert Quick, of Dallas City, Illinois, was one of three people attacked Friday by the dog outside a home in Fort Madison. Weber says officers had to shoot the large animal because it wouldn't release a man who was pinned on his back in the front yard.

All three victims were taken to Fort Madison Community Hospital, where Quick was pronounced dead. According to a GoFundMe page, he "had a heart attack at the scene of the accident by the time the EMTs got to him. They could not revive him."

Weber didn't say what actions Quick had taken or provide the names of the other man and the girl. Weber didn't immediately return an Associated Press call Monday.

A GoFundMe page has since raised more than $4,000 to help cover Quick's funeral expenses.

According to his obituary, Quick leaves behind a wife and four children.

"He enjoyed working on and collecting cars, camping, music, fishing, mushrooming and spending time on the river. (He) especially loved his children," the obituary reads.