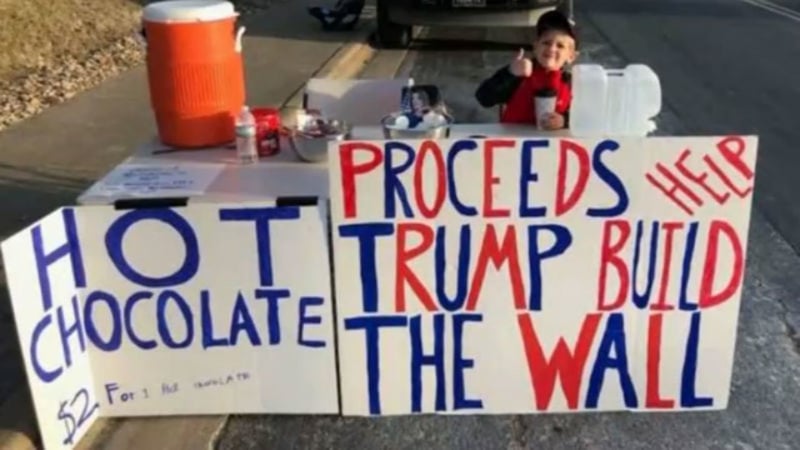 A GoFundMe campaign that was started by a nonprofit group has millions of dollars to show for it. And one of its biggest donors is a 7-year-old from Austin, Texas.

The GoFundMe campaign started by the non-profit group, We Build The Wall, Inc. started in December now six months later they have raised $22.9 million

"I saw that Trump really wanted to build the wall," Brenton Stevens said. "Since it's about to be summer I'll be doing lemonade," Stevens added.

But the funding and construction of this section of the border wall has been met with some negativity. We Build The Wall, Inc. was served with a cease and desist order from the local government.

Now the group insists they have full compliance with local laws as they plan to build more sections of wall on other private properties along the border.

Copyright 2019 Cable News Network/Turner Broadcasting System, Inc. All rights reserved. This material may not be published, broadcast, rewritten, or redistributed.