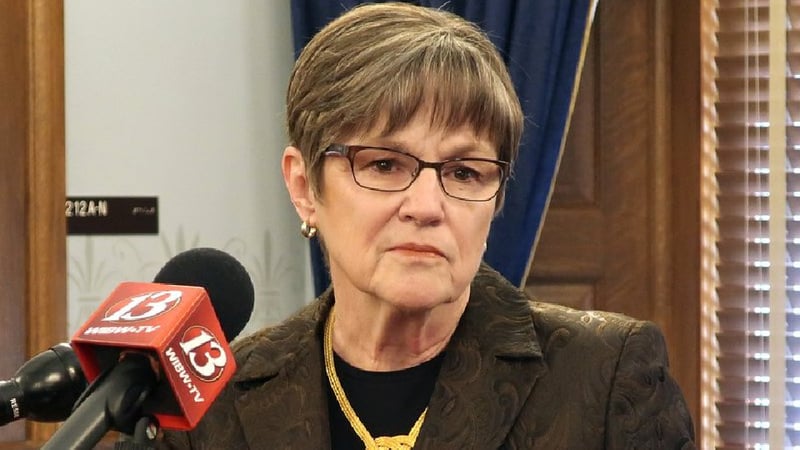 The Latest on the Kansas Legislature (all times local):

The vote Wednesday in the House was 78-39, but Republican leaders needed a two-thirds majority of 84 votes in the 125-member chamber.

The bill was designed to provide relief to individuals and businesses paying more in state income taxes because of changes in federal tax laws at the end of 2017.

It would have provided about $240 million in tax relief over three years. Kelly argued that it would "decimate" the state budget.

Republican leaders argued that it's not fair to allow some Kansans to automatically pay more in state taxes because of the federal changes. But some GOP moderates backed Kelly's veto.

A protest by supporters of Medicaid expansion in a Kansas Senate gallery has temporarily shut down its work on other issues and led to the arrest of nine protesters.

The Republican-controlled Legislature did not plan to consider Medicaid expansion Wednesday, its last scheduled day in session this year. But about 40 protesters arrived at the Statehouse to protest in favor of it. The Kansas House passed a plan favored by Democratic Gov. Laura Kelly in March, but the state Senate never debated it.

The protest started when the Senate began considering overriding Kelly's vetoes of several items in the next state budget. The protesters refused to stop singing and chanting. The Senate suspended its work and closed the gallery.

Top Republican legislators in Kansas were preparing to test Democratic Gov. Laura Kelly's power to shape the state budget and hold off a GOP push for income tax relief.

The Republican-dominated Legislature was convening Wednesday for its final day in session this year with Republicans looking to override Kelly's veto of a GOP tax relief bill and vetoes of several spending items included in the next state budget. Those items included an extra $51 million payment to the state's public pension system. Kelly argued that her vetoes promoted budget stability.

Republicans had the two-thirds majorities in both chambers needed to override vetoes. But GOP leaders worried that a few moderate Republicans might back Kelly or that a few lawmakers might not show for what is often a brief adjournment ceremony.