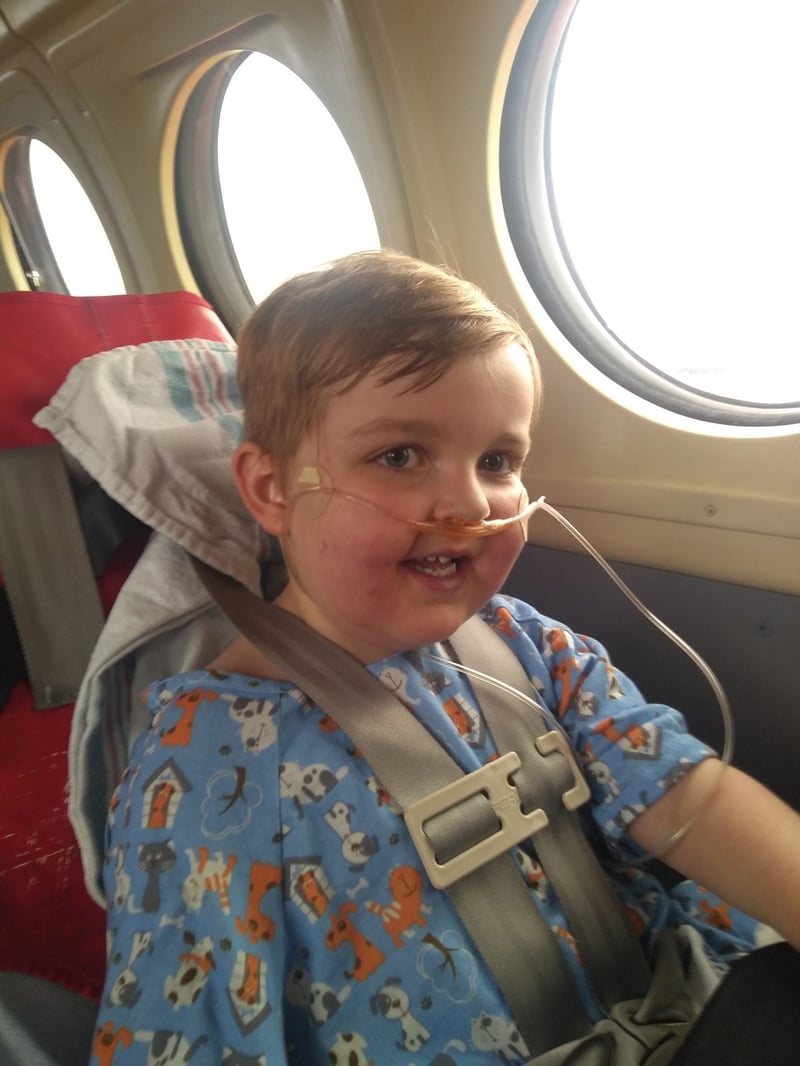 A Wichita couple is hoping for a miracle for their five-year-old.

Their son needs a new heart, so they've moved to Chicago to wait for a donor.

John Francis has a contagious smile.

When we spoke, it was a good day for the 5-year-old. But some days aren't so good.

Instead of playing with his brother and sister at their Wichita home, John Francis is in a Chicago hospital, hooked up to machines that keep him alive.

He was born with a rare condition called hypoplastic left heart syndrome, meaning the left side of his heart was severely underdeveloped.

"He's had a number of surgeries to help correct this," said John Clark, John Francis' father.

KAKE's Krista Miller skyped with John Francis and his parents, John and Hemma Clark, from their Chicago hospital room.

This is where they've been since late last month, when John and Hemma learned the boy's health had deteriorated too much for him to have the third in a series of surgeries to postpone the need for a transplant.

Now, a transplant is his only option.

Doctors have told Hemma and John to expect up to two years in Chicago while John Francis waits for a new heart.

That means the family will have to put a pause on their Wichita life.

For now, John and Hemma's mothers and extended family are taking care of their other two children.

"We are really trying to keep them as connected as possible, as well as maintaining routines as much as we can," explained Ulrike Eccher, John Francis' grandmother.

Eventually, the kids will join their parents and John Francis in Chicago.

"The hope is they'll find a decent place in Chicago where the family can go and establish a somewhat-normal life," said Jane Clark, John Francis' other grandmother.

John and Hemma Clark's faith is strong, and their request for help is simple:

"We really just ask for prayers. First and foremost, we ask people to pray for him," said Hemma Clark.

The Clark Family's move to Chicago will be expensive. John Clark will be able to transfer to Chicago for work, but Hemma won't be able to.

If you can help with medical and living expenses, friends have set up a GoFundMe account.

If you'd like to stay up to date on John Francis' health, you can visit their Caring Bridge website.