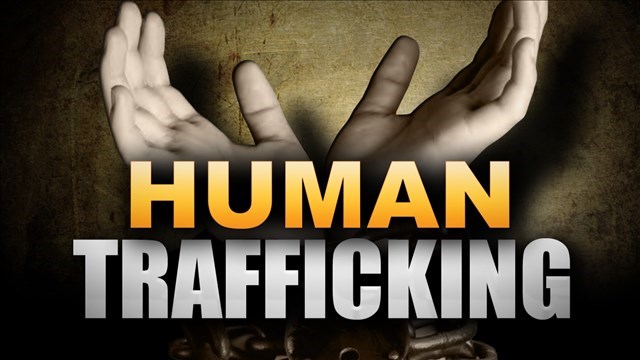 They paint nails. They work in the mall. They clean houses.

Victims of human trafficking are in they community – in plain sight.

It’s believed that up to 30 million people are slaves in the world today, with 800,000 people trafficked across international borders annually.

Each year, millions of women and children are forced into the lives of sexual exploitation.  In fact, one in seven endangered runaways are likely to become sex trafficking victims who do turn up missing.

Kansas is hoping to change that.

Last summer, the State of Kansas started requiring drivers getting their commercial license (CDL) must take a course with Truckers Against Trafficking (TAT). Truckers can be a first line of defense against the dangerous and deadly world of trafficking. Kansas is considered a hot spot.

“So this is getting worse, and it's not stopping,” said Steven Kendall. “They're transferred. They go across country in trucks, they put them on buses and meet somebody to the other end. “

Kendall has seen it all. A truck driver for 25 years, he now trains drivers to get their CDL. He’s a safety consultant with Corporate Safety Compliance.

He said the new requirement is a good step toward combating trafficking. Drivers who are getting or renewing their license must watch this video with TAT. In it, they learn about warning signs for trafficking and what to do once they spot it. In the 26-minute video, they also hear from fellow truck drivers and trafficking survivors who’ve been saved by them. After watching the video, they take a short online test and get a certification.

INSIDE THE HOTEL INDUSTRY

Trafficking experts say they’re seeing the business evolve, and much of it is conducted in hotels.

Marriott International is training its staff to identify these dangerous situations. As of January, it’s trained 500,000 hotel workers to spot the signs of human trafficking in its hotels and how to respond if they do.

“Human trafficking is a horrific form of modern slavery that entraps millions of people around the world,” said Arne Sorenson, President and Chief Executive Officer of Marriott International, in a statement. “By educating and empowering our global workforce to say something if they see something, we are not just standing up for the most vulnerable in society, we are also protecting associates and guests as well as living up to a core company value — serving our world.”

This week, the Kansas Attorney General’s Office is working to educate the hotel, travel and tourism industry on human trafficking. The events are presented by ECPAT-USA, an anti-trafficking policy organization, and the attorney general’s office. The sessions ran in Kansas City, Topeka and Wichita.

In Wichita alone, it ranks at the fifth top city for where sex trafficking gets its start. The Wichita Police Department started the Broadway Corridor Team almost two years ago. As of last week, they’ve conducted 16 stings resulting in 124 arrests – 26 women and 98 men, according to Wichita Police Officer Kevin Wheeler.

Still, trouble persists across the state.

“They're scared, you know, that their lives might have been threatened,” said Kansas Highway Patrol Trooper Chad Crittenden. “They are in fear for their life.”

‘Yeah, absolutely. With you know, I-35 I-135, and I-70 all crossing, we are the central hub across the United States for people going in all directions,” Crittenden said.

Easy highway access is part of the problem. Crittenden said KHP troopers are prepared. In a traffic stop, for example, they know what questions to ask to determine if a person is a trafficker or victim.

He commends training for truckers, truck-stop workers and hotel staff. He said their tips can help them rescue people from trafficking.

The Truckers Against Trafficking program said it’s seeing results. Since it was founded in 2009, truckers have helped identify more than 1,100 victims across the United States.

“We need to report it and get something done.” Kendall said. “And let law enforcement come home. It's up to us to get this done. And we need to stop the demand is the demands not there. You don't need the other, do you? And that's part of the issue. It needs to stop.”

There are dozens of warning signs of human trafficking, according to Polaris Project and its National Human Trafficking Resource Center. Some indications include:

It’s important for you to be safe. If you see something that you believe is human trafficking, do not confront the people involved. Experts say to call 911 and let police do their job.

If you need help, know someone or are a victim of human trafficking, you can call the National Human Trafficking Hotline at (888) 373-7888.