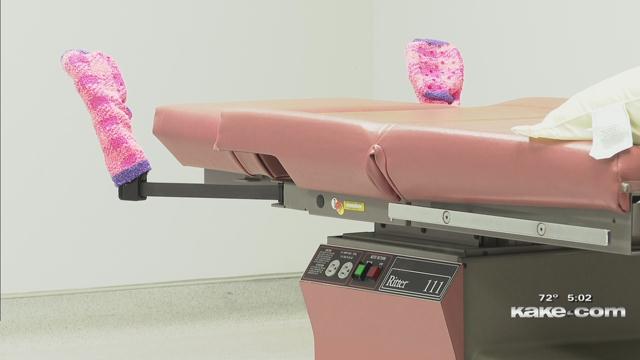 After years of court battles, the Supreme Court ruled the Kansas constitution gives women the right to an abortion.

The Kansas Supreme Court has blocked a first-in-the-nation ban on a second trimester procedure.

It's called a D&E procedure, which stands for dilation and evacuation.

It is the most common technique used in second trimester abortion care.

Julie Burkhart is the founder and CEO of Trust Women: a local clinic that offers abortions. She's been watching the case from the courtroom, and calls today's ruling historic.

"They affirmed that basically people in the state of Kansas have a right to reproductive health care. That the constitution protects people including pregnant women," says Burkhart.

Burkhart says if this ban would've been allowed to stand, it would have made abortions more risky for her clinic, and patients.

"That would have forced us to look at providing second trimester healthcare in a different type of way," says Burkhart.

About 8 percent of abortions in Kansas are done during the second trimester, while 92 percent are performed in the first trimester.

Only 10 other states are protected, meaning even if federal abortion laws change, Kansas law won't.

"We are now one of the few states in this country... and so, it's quite forward of Kansas," says Burkhart.

Some abortion opponents say the ruling doesn't come as surprise.

"Discouraged maybe a little but that's okay. God is still on the throne. Our job has never been to be about the politics, it's just been to serve and love the women and the men that are facing these decisions," says Tim Quiggle.

Tim Quiggle runs Embrace: a clinic that provides everything from pregnancy testing to support and parenting classes.
He says his group will continue to fight for the rights of the unborn.

"Regardless of what the state supreme court decides, we're here to support the men and women facing the pregnancy decisions," says Quiggle.