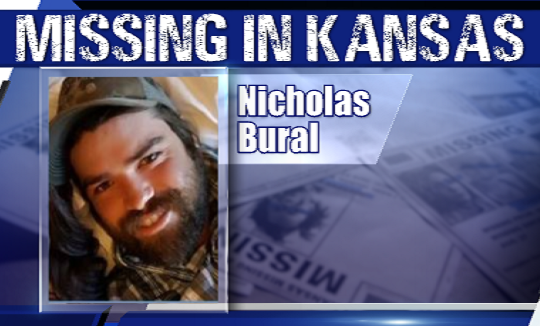 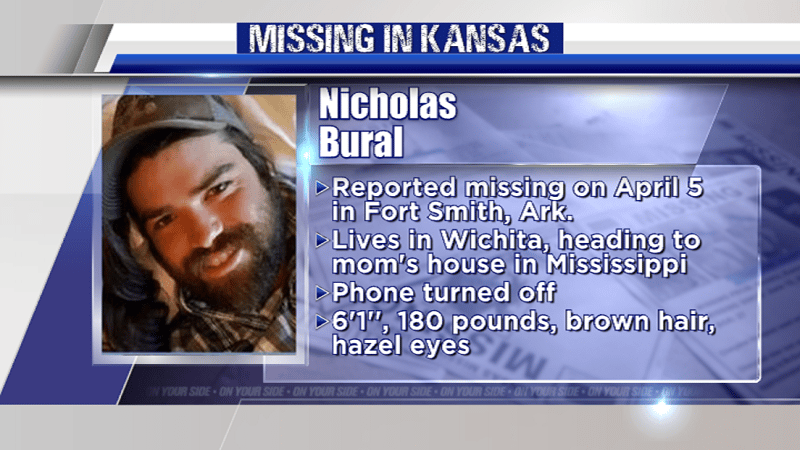 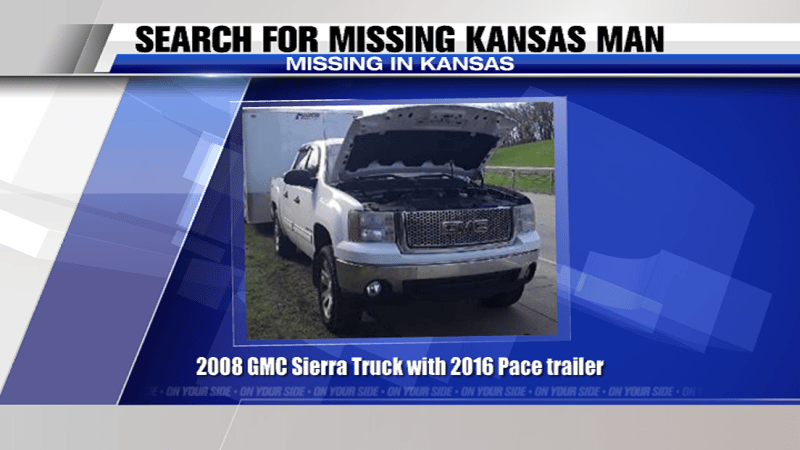 The family of Nicholas Bural confirms he was found dead this weekend.

His body was found Friday in Sallisaw, Okla., family  confirms. The Kansas man was reported missing on April 5, as he was heading to his mother's house in Mississippi. A cause of death has not been released, according to Wichita Police.

A family is worried for the safety of a Kansas man, reported missing in early April.

Wichita man Nicholas Bural was reported missing on April 5; he was in Fort Smith, Ark., and was heading to his mother’s home in Mississippi. His phone has been shut off. Family fears he may be in danger.

Nicholas’ wife says he was last known to be driving a white 2008 GMC Sierra pickup truck with a 2016 Pace trailer. It’s believed he could be in Kansas, Oklahoma or Arkansas.

If you have information that could help the case, contact your local law enforcement agency or the Wichita Police Department at (316) 268-4111. KAKE News features a story of a missing person every weekday in our newscasts at 6 a.m. and 5 p.m. If you have a person you’d like for us to share a story about, please contact Anchor Annette Lawless at alawless@kake.com.