Local ski enthusiasts return from Colorado ahead of potential blizzard 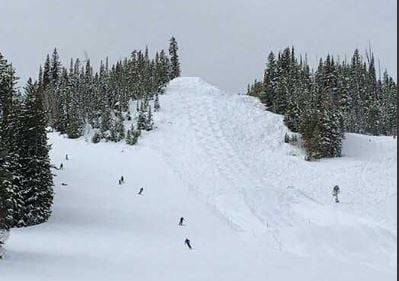 A massive storm system still developing Tuesday night will likely cause travel problems across the region. From heavy rain to heavy snow, fliers and drivers could see delays.

But where some see problems, others see a boom in business. Especially if that business includes snow skiing.

“It’s a great year,” said Dave Eastwood, General Manager of The Slope. “Anytime I can postpone ending the date of ski season, it’s fantastic. The snow came early, it’s been great all season.”

Eastwood relies not necessarily on Kansas weather, but Colorado weather. The shop doesn’t just sell skids googles and jackets, there’s a travel agency inside the shop, too. One of their employees is actually heading back from Colorado, right as the weather turns significantly worse.

“I’m happy my son is going to leave from Copper tonight instead of tomorrow because they’re talking about a big storm,” said Laura Harmon. “We’re the only people in Wichita that are happy when it snows even at home.”

Harmon’s group should arrive in Wichita by early Wednesday morning and since they’re ahead of the storm, they don’t suspect any travel issues.

Meteorologists predict the blizzard to be the strongest storm in decades. And It’s already been a good year for skiiers. That translates to a good effect for ski shops in Wichita, even if they’re hundreds of miles away.

“The ski season’s going to be going on for another month and I’ve run out of stuff. I’m not usually ordering stuff this time of year,” Eastwood said.