Great-grandmother: ‘I’ll blow your (expletive) brains out’ to home intruder 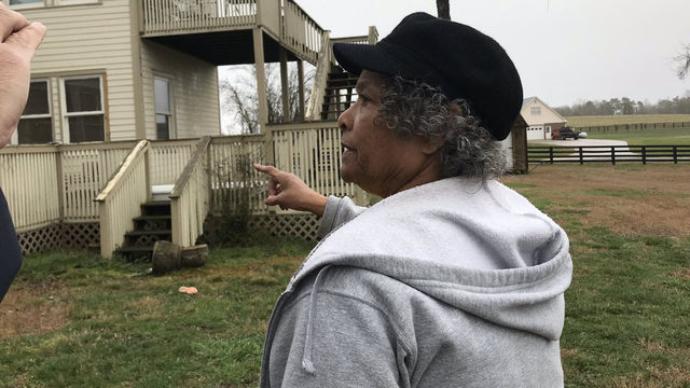 A great-grandmother in Georgia used a pistol to scare a man trying to break into her home.

She also had a few choice words for the man before firing off a couple of shots.

With 79 years of experience behind her, Gwendolyn Agard has developed a rule or two to live by.

“I’ve always said, don’t ever let anybody come in and run out of your own house,” she said.

On Feb. 11, someone tried. An accused burglar went up the back stairs of her Jackson County home and broke out a window to get in.

Agard called 911 – but she also grabbed her gun.

"And I said to him, you come down these damn steps and I'll blow your f***** brains out. That's exactly what I said," Agard explained.

She fired two shots, both missed, but when deputies got there, they found the guy hiding in a bedroom closet.

"That's why I say she's my hero. That she could do this at her age, I was very impressed. And I'm thankful the good Lord took care of her,” said her mail carrier, Connie Oliver.

That’s how Argard sees it, too. And she’s pretty sure he’ll forgive the foul language.

The suspect faces a list of charges, including home invasion.