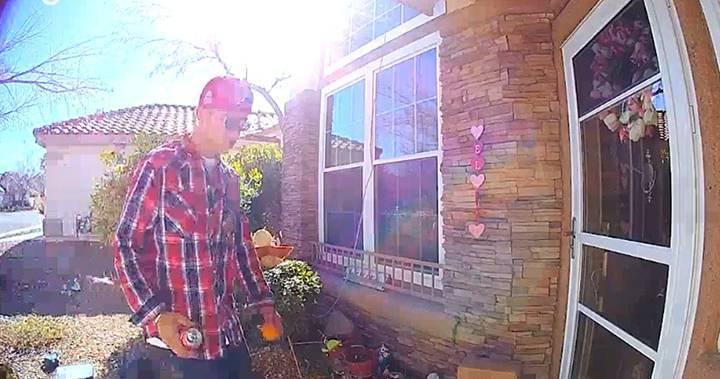 The mother of a child with a rare cancer is scrambling to replace his chemotherapy medicine after someone swiped it right off their front porch of their Nevada home, according to KTNV.

The sight is so familiar it’s almost a suburban cliché. We've even given these common package thieves a catchy nickname: porch pirates. But this one is particularly sinister to Summerlin mother Stacy Shavinsky.

“It just happened that this time it wasn't a shirt or pair of shoes,” said Shavinsky. “It happened to be something that we desperately needed.”

Her 14-year-old son Gage has a rare form of cancer called systemic mastocytosis.

Insurance doesn't cover the total cost of $40,000 a month because it’s not typically given to someone his age.

"I had to do a lot of begging and pleading and I had to apply for financial assistance,” said Shavinsky. “We went to salt lake city and Los Angeles to get second opinions so we have done a lot of work to make sure this medication would be beneficial for him."

The alleged thief should be easy to identify. He's wearing a bright red plaid shirt and a Montreal Expos ball cap and captured on their doorbell camera.

But it’s the callous casualness of it all that really irked Shavinsky and the more than a thousand people who saw the video on Facebook and shared it. With a drink and fruit in hand he strolls up the sidewalk, puts his food to the side on a table exchanging it for two boxes on the porch before just walking away.

Gage who has been dealing with an infection due to a compromised immune system said the medication was just starting to work for him.

“I’m just sad. I know how much my mom worked for it,” he said. “And these pills are really helping me. I can really tell the difference. And just knowing that I'm going to have to wait to take them and the next couple of days. I'm going to feel really bad.’

This Summerlin crime map shows no other reported thefts in the area, even though Stacy said police told her there have been others. She believes most people decline to report it just because it’s so common

"There's just no accountability,” she said. “When I talked to the police they said there was an investigator in the neighborhood so he happened to stop by but if I had called dispatch it would have been five or six hours before someone actually came out."

She spent the day making arrangements with the pharmaceutical company to get it replaced but what she really wants is for the guy to be caught.

“And there needs to be some sort of consequences for his actions.”