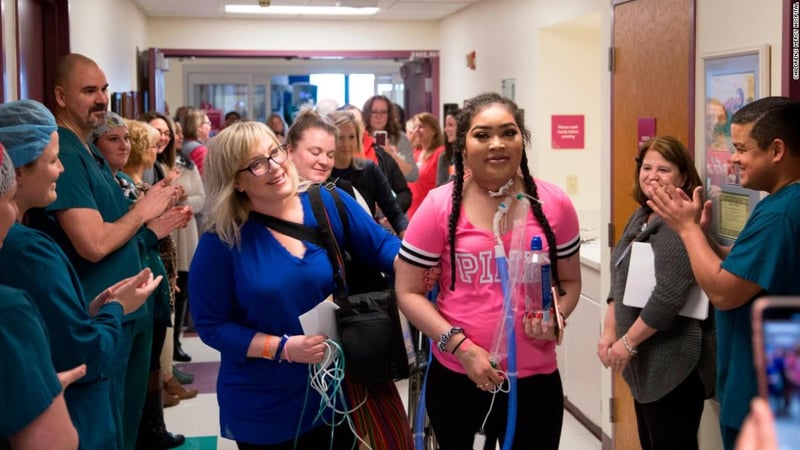 "Zei won her battle with the universe tonight at 7:54 pm, at home, in her bed, in my arms," her mother said on a GoFundMe page says.

Uwadia was hospitalized after her lungs failed without explanation. During the hospital stay, she became the first patient to walk on an invasive form of life support at the hospital. Hundreds of thousands of people watched her walking on videos posted online. Hospital staff lined her path, applauding and wiping away tears.

The hospital said in a statement that everyone there was heartbroken by Uwadia's death but inspired by her "fighting spirit."

Zei was a student at North High School. The online fundraiser says funeral services will likely be next week.