Dog breaks out of house, leads police back home to save owner from gas leak 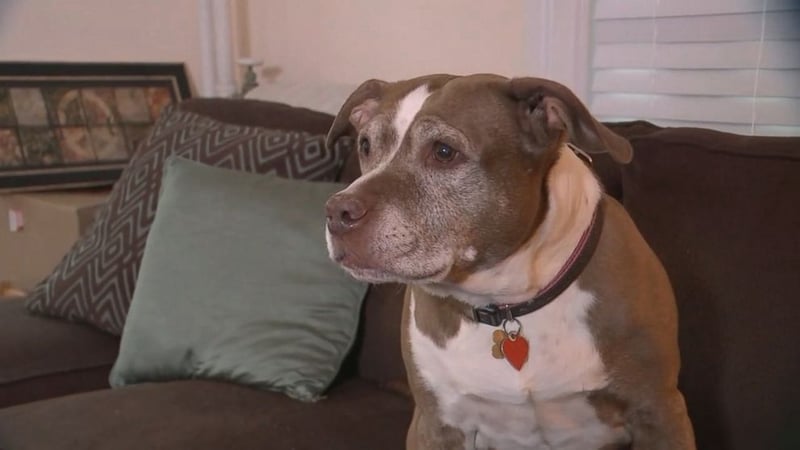 A dog in Westchester County, New York, is being hailed a hero after breaking out of her home to save her owner’s life.

At first police thought she was a dog on the loose, but then realized the pit bull was on a mission to get help.

On Wednesday around 3:30 p.m. Sadie – a 60-pound pit bull – was found wandering the streets of Tuckahoe barking up a storm.

“We got a call of a loose pit bull,” Lawrence Rotta of the Tuckahoe Police Department said.

Police tried to catch her but Sadie bolted back to her home on Fairview Avenue with cops in hot pursuit. When they got there they said they noticed the sliding door in the backyard was open.

“When they went to investigate they noticed an odor of gas emanating from the doorway,” Rotta told CBS2’s Scott Rapoport.

It turns out there was an actual gas leak in the home. Police believe Sadie ran from the house to get away from it and then led officers back to help.

“What do you think she was doing?” Rapoport asked Sadie’s owner.

“I don’t know. I want to say bringing them here. What else could it be,” Serena Costello said.

Costello, who was not home at the time, is calling Sadie is a hero. She added that if not for her precious pit bull, something terrible could have happened.

“An explosion. I have no idea,” Costello predicted.

Sadie’s owner added that she believes Sadie smelled the gas, started scratching frantically at the front door, before somehow nuzzling open the sliding door in the kitchen on her own.

How Sadie was able to figure out how to pry open the sliding door, Costello said she doesn’t know.

Ultimately she says cops called the local fire department and Con Ed. The gas was turned off and everything is now fine – thanks to the 11-year-old pit bull.

“You saved us,” the grateful owner said while embracing her dog.