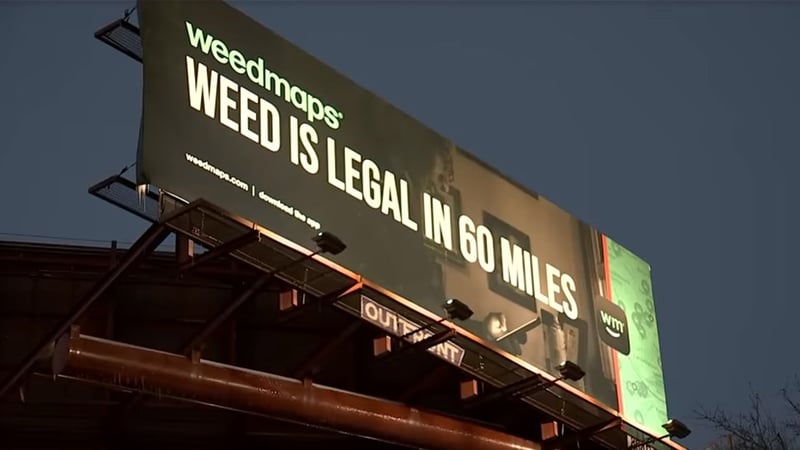 Community advocates are drawing attention to a billboard and its message being promoted in New Haven, Connecticut.

The highway billboard lets drivers know marijuana is legal, just across the border.

Organizers and attendees rallied against the billboard off I-91 at 355 Washington Avenue in North Haven on Saturday from 10 a.m. to noon.

The sign reads “Weed is legal in 60 miles”, mentioning the distance from the Massachusetts border, where pot is legal. Community advocates against substance abuse are countering the sign.

Turnbridge, a facility treating folks with substance abuse and mental health disorders, put up a counter billboard. This sign points out that addiction treatment is closer. The facility says among the young men and women they treat, some are addicted to marijuana.

Organizers of the rally want folks to be aware of the effects of the drug, especially driving under the influence.

Connecticut State Police are reminding residents that recreational marijuana is still not legal in Connecticut and can’t be brought across the border.