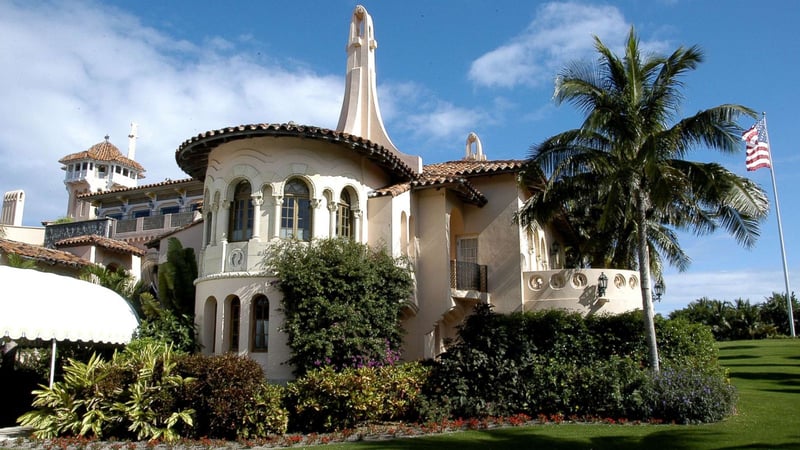 President Donald Trump's four trips to his Mar-a-Lago club in Florida over four weeks in March and February 2017, including his summit with the Japanese prime minister, cost the government nearly $14 million, according to the results of a nonpartisan government watchdog's investigation obtained by ABC News.

The accounting, which reveals that the government also paid roughly $600,000 to Trump's Palm Beach property, provides one of the clearest pictures to date of the costs incurred by the government for the president's travel to his properties.

The report, from the Government Accountability Office, a nonpartisan watchdog that works as an investigative arm of Congress, also found that the U.S. Secret Service spent $396,000 protecting the president’s sons, Donald Trump Jr. and Eric Trump, on three international trips in early 2017.

Eric Trump traveled to Uruguay and the Dominican Republic on Trump Organization business, while both brothers and their spouses traveled to the United Arab Emirates. According to the report, both the Trumps and their Secret Service details flew commercial on all three trips.

The Defense Department and the Department of Homeland Security incurred a majority of those costs, according to GAO, approximately $8.5 million and $5.1 million, respectively.

Other agencies, including the State and Justice Departments, spent approximately $29,000 on the four trips to Florida, on expenses that included Cabinet member and agency staff travel. The Justice Department, for example, spent $18,000 to transport then-Attorney General Jeff Sessions, his detail and support staff to Mar-a-Lago for one trip.

One of those trips, among the first Trump took to his Palm Beach club as commander in chief, included President Trump's summit with Japanese Prime Minister Shinzo Abe.

Democrats on Capitol Hill have raised concerns about the president's club, saying it illustrates some of the potential ethical and security concerns surrounding Trump because of his decision not to divest from his family business as president.

Approximately $600,000 of the expenses were paid to Mar-a-Lago over the four trips, the GAO found, including $36,000 spent by the Secret Service for operational purposes, and $24,414.70 on lodging by the Defense Department, within the General Services Administration’s per diem rate, according to the agency, which reviewed lodging receipts.

The majority of Secret Service agents supporting the four trips did not stay at Mar-a-Lago, but at neighboring hotels, according to the report.

The GAO also found that the Secret Service and Defense Department did not submit reports to Congress on the costs incurred protecting the president, as required under the President Protection Assistance Act of 1976. The Coast Guard, the agency found, did submit semi-annual reports to Congress.

The costs do not include expenses incurred by local law enforcement, and salaries and benefits paid to government officials who would be paid regardless of travel.

Trump spent at least part of 14 days, and six full days, in Palm Beach across the four weeks scrutinized by the Government Accountability Office, according to an ABC News analysis of the president’s schedule.

In 2016, the GAO estimated that a four-day trip President Obama took to Chicago and Palm Beach in February 2013 cost about $3.6 million, a trip that has been previously used as a baseline to roughly estimate the cost of presidential travel.

ABC News has reached out to the Trump White House for comment. In the past, the White House has defended the cost of Trump's travel as president by arguing that he works on his weekend trips to properties in Florida and New Jersey.

"The bottom line is the president is the president no matter where he goes, and he doesn’t get to control the level of costs and security that may come along with that," White House press secretary Sarah Sanders told reporters in May 2017 when asked about Trump's weekend travel.

The cost and frequency of Trump's weekend travel have outpaced his predecessors, although the costs of those trips have been difficult to assess.