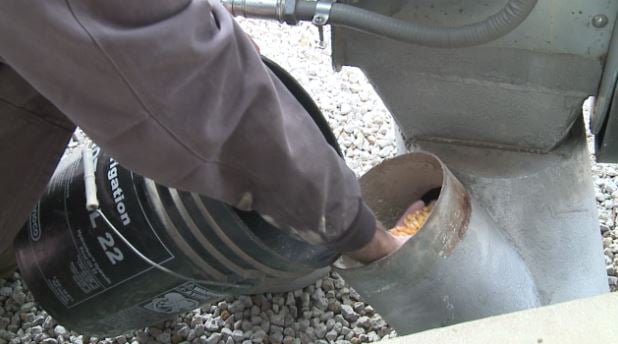 Sunday night's Super Bowl game wasn't a huge hit for many Americans, and neither was the Bud Light commercial for some corn farmers.

"This one missed the mark I think," says Mark Bergkamp.

"At first I'm like what? You know at first it's like if you're drinking beer, are you really worried about that? It's kind of puzzling just from a marketing standpoint who they're trying to appeal to," says Bergkamp.

"You might not be drinking it in your Bud Light but you'll be eating it with your payday and pancakes, you know," says Max Tjaden.

Clearwater farmer Max Tjaden says corn syrup isn't any worse for you than cane sugar or any other ingredients Bud Light's competitors use.

"I just think their intent was to make the competition look bad. We don't use corn syrup so we're better than you. I grew up with the common phase 'he's got a beer gut' whether you get it from drinking the competition or Bud Light you're still going to have it," says Tjaden.

Anheuser-Busch released a statement saying, "Bud Light's Super Bowl commercials are only meant to point out a key difference in Bud Light from some other light beers. This effort is to provide consumers transparency and elevate the beer category."

While the commercial sparked some controversy, Kansas corn farmers won't be losing any business or sleep over it. They say they have bigger fish to fry right now.