Dog found spray-painted and beaten in alley is now recovering 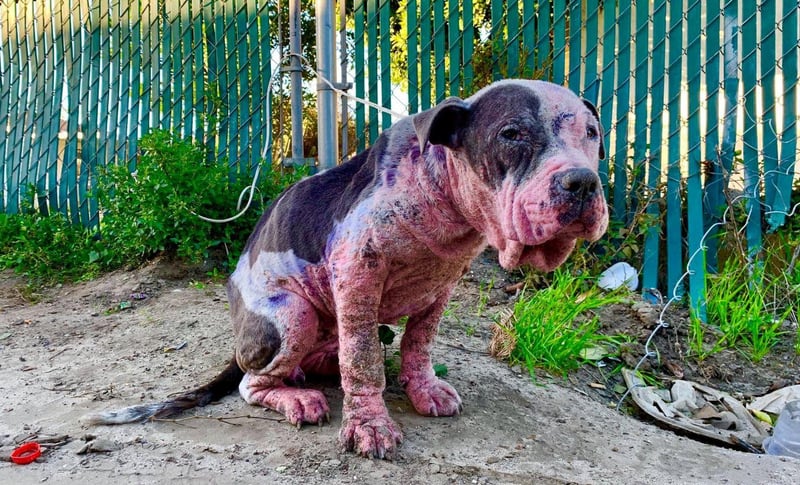 A puppy in California is recovering after a rescue group found her tied to a fence with an electrical cord around her neck on Monday.

"She had clearly been beaten and spray-painted and had a lot of injuries," Ellie Roberto, director of the non-profit, told KTLA, adding that another dog was found dead nearby.

Volunteers rushed Avery to the McGrath Veterinary Center in Sherman Oaks, where she had several seizures.

"Her main problem was blunt head trauma from the beating, lack of oxygen to her brain, which is from the strangulation and those two things in combination cause your brain to swell," said veterinarian Dr. Brian McGrath. "And when your brain swells inside your skull, that's called a concussion. And if you get a concussion bad enough, you start to have seizures."

McGrath was able to reduce her brain swelling, stop the seizures, and start treating her other injuries.

"When she came in she had an electrical cord around her neck that they were using to basically try to hang her," McGrath said, "so she had some lacerations on her neck from the electrical cord and some damage to her esophagus and throat."

Avery also has a skin condition called mange and is severely underweight. Her eyes have chemical burns from an unknown substance and she has a hole in one of her paws.

Marc Ching, founder of Animal Hope and Wellness, says Avery was likely assaulted as part of a gang initiation. The animal cruelty has been reported to police.

"I feel hurt, obviously being a vet you're someone that cares about animals and people, and to know that a person could do that to an animal is obviously disheartening to the entire human race," McGrath said, "but I also feel very fortunate that I'm in a position to work with Marc and his rescue and help these animals who will have a fulfilling life."

Avery will go to a foster home once she leaves the hospital -- and once her hair grows back, she will be put up for adoption.