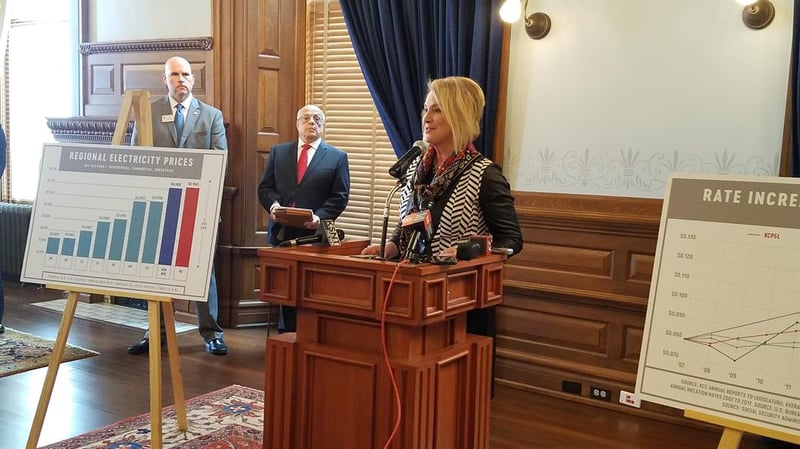 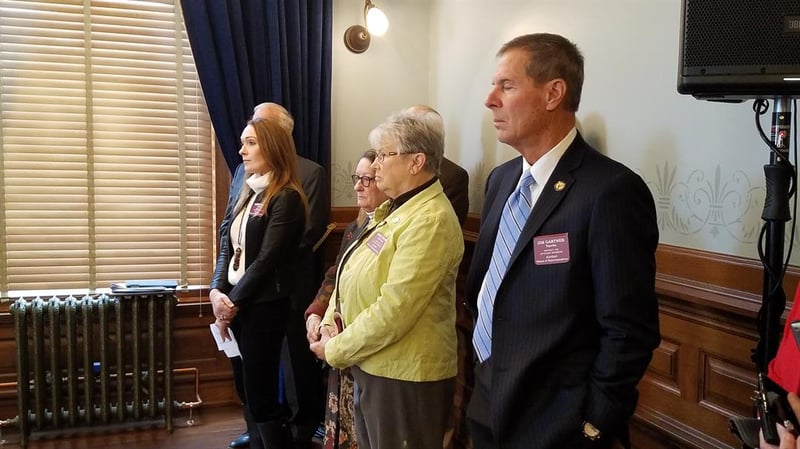 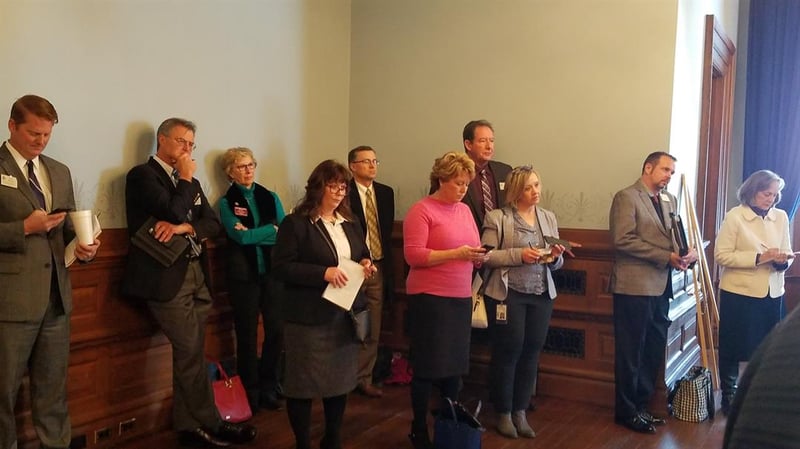 Kansans pay too much for electricity and it’s time to fix that.  That’s what a group of business leaders, consumer advocates and lawmakers announced today as they asked the Kansas legislature and the Kansas Corporation Commission (KCC), which oversees the utilities in Kansas, to get to work on the problem.

"They’re confused, and they’re angry," said Sen. Julia Lynn, (R) Olathe, describing phone calls she's been getting from constituents upset about electric prices, many of them on fixed incomes.  "Why is this happening? My bill has gone up $75, $80, $100."

Calls like those are why Lynn, Rep. Kristey Williams, (R) Augusta, and other lawmakers are demanding a change along with the Kansas Industrial Consumers Group (KICG), Clean Energy Business Council, Citizens Utility Ratepayer Board, and Kansans for Lower Electric Rates.

They point to studies on Westar and KP&L rates released over the last week showing Kansans pay from 5.8% to 32% more for electricity than residents in the other states in the region.

"In ten years there’s been 43 rate increases. We’re on a path that’s not sustainable in Kansas," said Paul Snider with KICG.

Keeping the lights on in Kansas in some ways is costing taxpayers twice. Snider says the state is the seventh largest consumer of electricity in Kansas. USD 259 in Wichita is also in the top 20.

"We don’t want to be in a situation where we’re taxing ourselves, or rating ourselves out of business," said Lynn.  "It’s not business friendly.  It’s not family friendly."

Lynn and Snider both say families and businesses have moved out of Kansas to avoid the high energy costs, or chosen never to come here in the first place.

"We worked with a client that wanted to locate a manufacturing facility with about 200 jobs in either  Newton, Kansas, or Enid, Oklahoma.  Locating in Kansas rather than Enid, Oklahoma, would increase the company's electric rates by $4 million a year," Snider said.

Which is why those gathered Thursday are asking two things.  First, they want lawmakers to start a special study of how and why Kansas energy costs are so high to figure out what to do to bring them back down.

But that will take some time.  Which is why they also have a request of the energy companies.

"We’re asking that the utilities voluntarily, immediately reduce their rates by 10%," Snider said.  "This will allow us to have some small amount of relief."