Teen missing for nearly a year was kept as ‘sex slave’ in trailer, police say 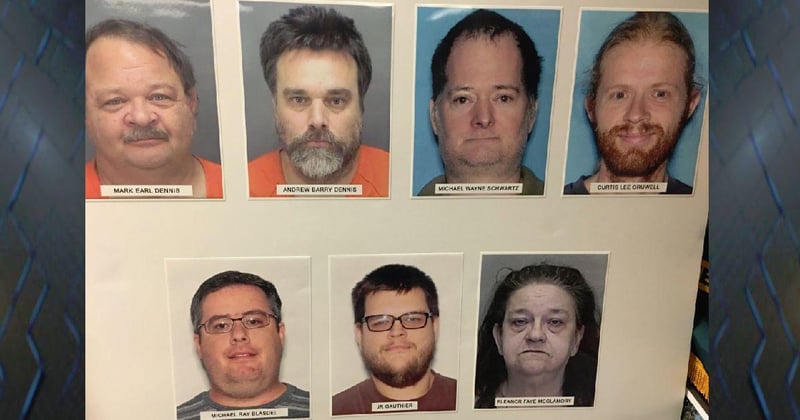 Seven people are accused of operating a human trafficking ring in Florida involving a teen who investigators say was used as a "sex slave."

WFTS reports investigators believe the victim was lured through Discord, an online gaming app that allows users to communicate directly with each other.

When they arrived at the mobile home, they found the missing teen and another 16-year-old boy living in the trailer, along with four adults identified as Mark Earl Dennis, Andrew Barry Dennis, Curtis Lee Gruwell and Michael Wayne Schwartz.

"The teenage victim in this case was lured from his family with promises of a better life, instead he was moved into a filthy trailer and used as a sex slave for nearly a year," Florida Attorney General Ashley Moody told the ABC station in Tampa.

Police say Mark Dennis claimed to the the 16-year-old's biological father, but had no documentation. Both teens were removed from the trailer, which was described as being filthy and filled with animal feces.

Further investigation confirmed that Mark Dennis was not the teen's father. In fact, the teen had gone missing from Marion County, Florida, 11 months earlier. In May of 2017, the 16-year-old's mother found a note from her son saying not to look for him.

Police said that for a whole year, the 16-year-old was introduced to sadomasochism and used as a sex slave by Mark and Andrew Dennis, Gruwell, Schwartz and their associates Michael Ray Biasdel and JR Gauthier. He did not attend school or receive medical care in that time.

The victim is receiving specialized trauma-informed care designed for victims of human trafficking.

The National Human Trafficking Hotline is a national, toll-free hotline, available to answer calls, texts and live chats from anywhere in the United States. It is available 24 hours a day and 7 days a week. To report a case of human trafficking call 1-888-373-7888.