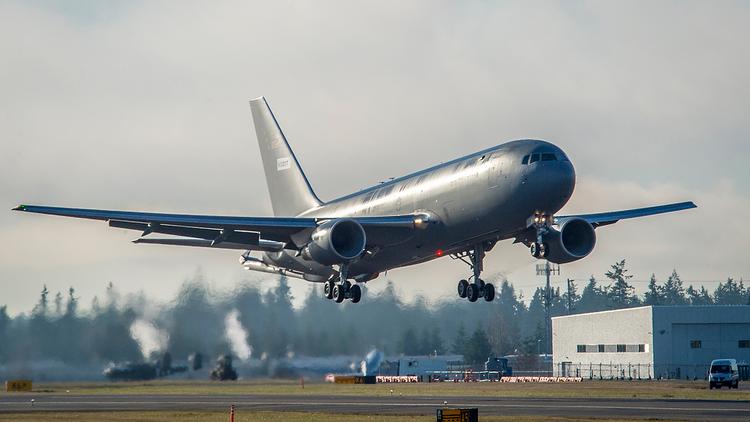 After months of delays, the Pentagon will let the Air force accept its first delivery of the KC-46A Pegasus tanker at McConnell AFB in Wichita.

The first of 179 planned aerial tankers are expected to be accepted late this month or in early February. That's more than two years late, with the first delivery expected between April and June of 2016.

McConnell Air Force Base has been preparing for the arrival of the next generation tanker for months. It's just one of three bases in the nation where the tankers will be housed.

Four more aircraft are destined for Oklahoma’s Altus Air Force Base starting as early as next month.

“Today’s acceptance of the KC-46 aircraft is a major milestone in the long process to ensure the men and women of the Air Force at McConnell have the best equipment available that they deserve,” Estes said. “The Airmen at McConnell have worked tirelessly to prepare for this delivery and I know will make our country proud in becoming the first to receive the KC-46. This is a big win for our community and country and I look forward to providing even more aircraft and equipment to maintain our efforts to rebuild the military.”

"I am pleased that the KC-46A will finally be coming home to McConnell Air Force Base," Moran said. "The Airmen at McConnell have a global reach in refueling missions and with the arrival of the KC-46A, McConnell will continue to be the nation's 'Super Tanker' base for years to come. The Air Force has made significant investments in McConnell to make certain it is ready to receive the KC-46A and to prepare for the arrival, and we look forward to integrating this strategic asset into the Air Capital of the World."