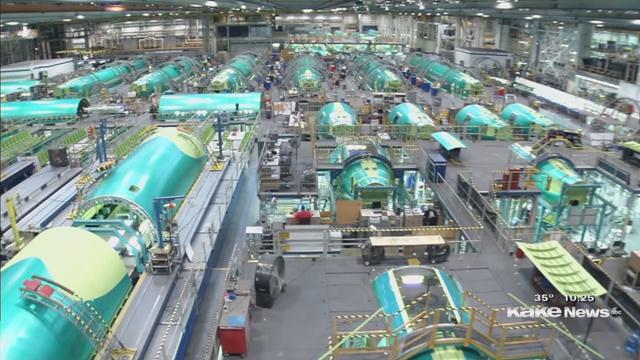 The study predicts nearly 3,000 people will be hired in the next twelve months.

"Our students are not only qualified to work at Spirit, but also Textron and the tier two and three suppliers because the demand is across the entire city," says Jim Hall, Dean of Aviation Technologies at WSU Tech.

"If you want to move up in your career, this is your opportunity. If you're out of the labor market and you want to get back into it, now's the opportunity to get that second job or to get your first job back," says Jeremy Hill, Director of the Center for Economic Development and Business Research.

Wichita aircraft companies have a history of massive layoffs, but now those companies, including Spirit and Cessna are hiring hundreds of new workers.

"Wichita economy is very dependent on the manufacturing side, so we need skilled labor," says Hill.

Hill says unemployment is at its lowest point since 1999, bringing hope to the local economy. It also brings a promise of work for students who want to move into the aviation building business.