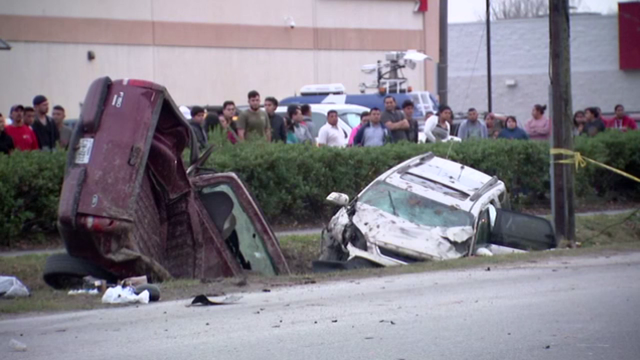 A 14-year-old boy who authorities say was driving an SUV that caused a fatal car accident has been arrested on a murder charge.

The Harris County Sheriff’s Office says the SUV was filled with teens who were throwing eggs at other cars Tuesday afternoon when another driver began chasing them. The department says the 14-year-old driver then ran a red light and crashed into a pickup truck, killing 45-year-old Silvia Zavala.

Sheriff Ed Gonzalez says Zavala had just been shopping and was “totally innocent.”

Gonzalez said Wednesday the 14-year-old was booked in a juvenile detention center on a murder charge. He says police will interview the driver of the car that chased the teens.