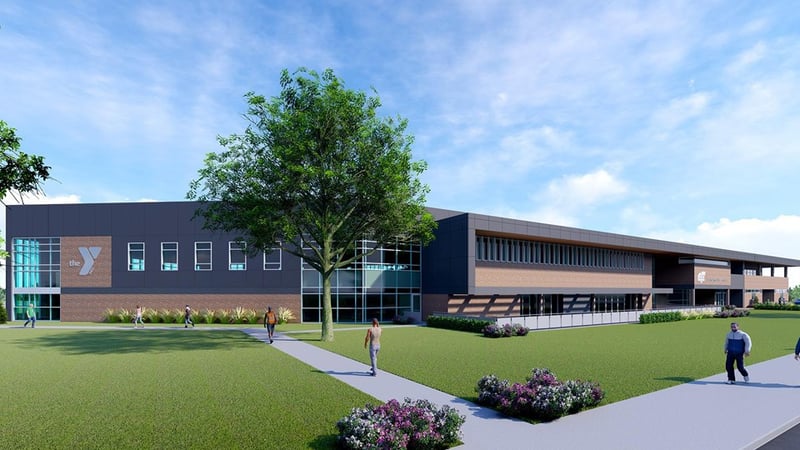 The Greater Wichita YMCA has reached its fundraising goal to bring a facility to the Wichita State University campus.

The YMCA board of directors made the announcement Thursday, adding that its new facility at WSU will be named to honor longtime volunteer and supporter Steve Clark.

“It’s a great day for all involved - the community, Wichita State, WSU students and the Y,” YMCA President and CEO Ronn McMahon said in a news release. “We not only wrapped up our largest-ever fundraising effort, but also get to celebrate the amazing work of one of our greatest supporters.”

The Steve Clark YMCA and WSU Student Wellness Center will be located at 1980 Mid Campus Drive.

The release says the new facility is anticipated to impact 22,000 people, including students, faculty, Innovation Campus employees, and local youth and families.

Site preparation is underway and the new facility is anticipated to open January 2020. In addition to YMCA health and recreation space, the building will house WSU student health and counseling services, and a Wesley Urgent Care Center.

SJCF Architecture is serving as architects on the project with Coonrod & Associates as the general contractor.

The YMCA provided the following information about Steve Clark and its fundraising campaign:

Steve Clark has a steadfast passion for the YMCA’s values that goes back five decades to his first Y fundraising efforts, selling Christmas trees in the 1970s. Since joining the Board of Directors in 1994, Clark has used his exemplary skills in real estate and investments to counsel the Y through growth from three full service facilities to its soon-to-be tenth location.

During his service, Clark has both chaired the Board of Directors during a critical phase of growth and helped raise millions of dollars to expand the Y’s mission. He co-chaired the recent record-breaking fundraising effort to bring a YMCA to WSU. Clark also led the Y’s second largest fundraising effort with the Every Kid Campaign in 2010-2012. This effort made the current Downtown YMCA and Farha Sport Center-Indoor Fields possible, as well as, expansions for the original Farha Sport Center-Indoor Courts, YMCA Camp Hyde, and both the South and Northwest YMCAs.

“The YMCA in Wichita would look very different without the efforts of Steve Clark. It is with great pride we add his name to one of our locations and recognize his years of hard work for the Y,” noted YMCA chairman David Shannon.

In addition to his service with the YMCA, Clark has been instrumental in a variety of efforts at Wichita State University including endowments for multiple scholarships and programs, as well as chairing key boards, councils and committees.

Upon announcing an Innovation Campus partnership with WSU in March 2017, the Y set a goal of raising $13.5 million for the construction of a new YMCA on the university campus.

“This was truly a community effort,” acknowledge McMahon. “It’s inspiring to see the passion of the many individuals and businesses who stand not only behind the Y’s commitment to strengthening our community but also stepped up to invest in the future of WSU students for generations to come.”

Major contributors to the capital campaign project include (in alphabetic order):