Feral cat ordinance moves to next level despite protests 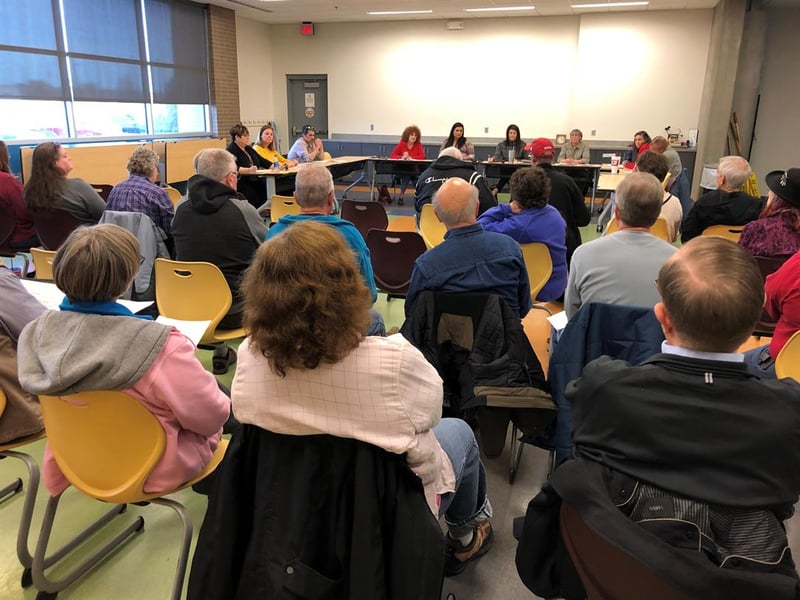 The Wichita Animal Control Advisory Board votes to move ahead with a controversial feral cat proposed ordinance by a vote of 4-3 on Monday, December 17th. 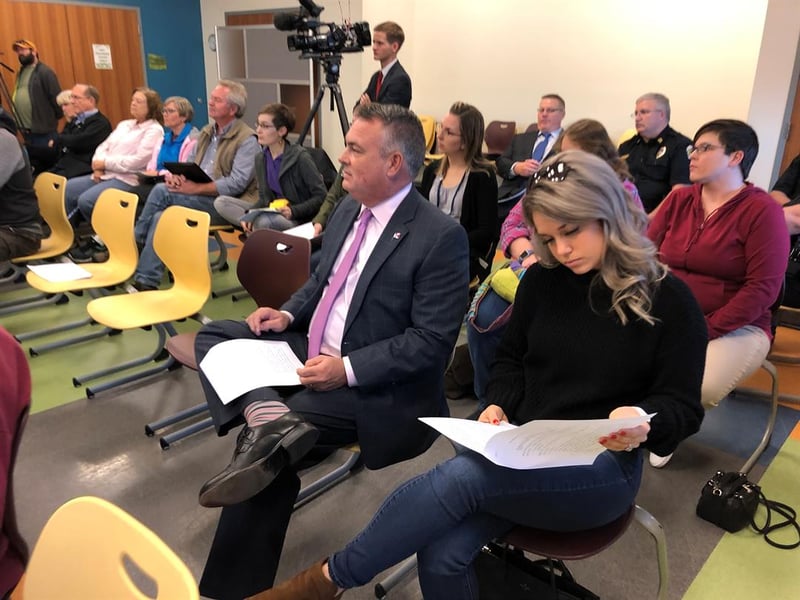 Wichita City Councilman Bryan Frye listens as Wichitans speak their mind both for and against the proposed feral cat ordinance. The City Council could be the next to consider this proposal. 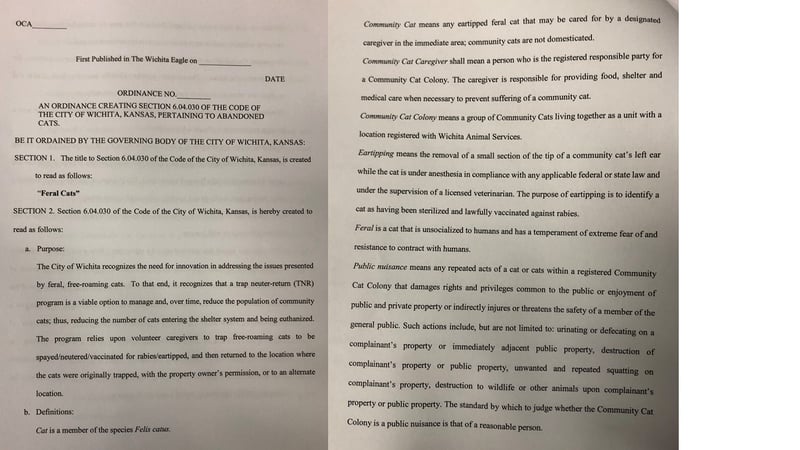 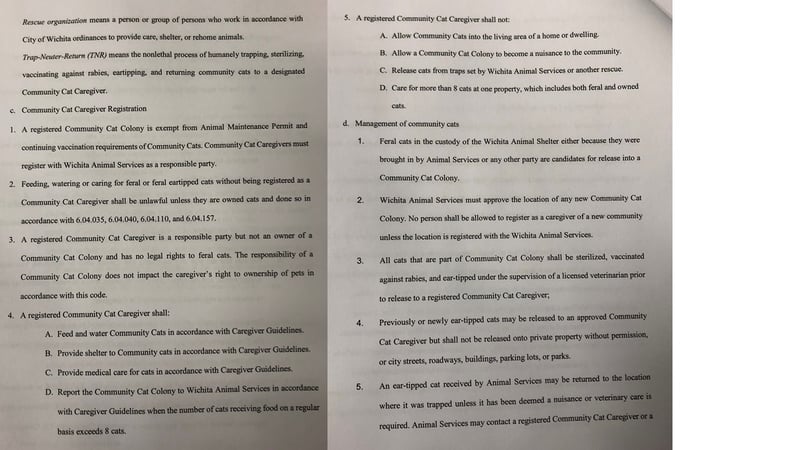 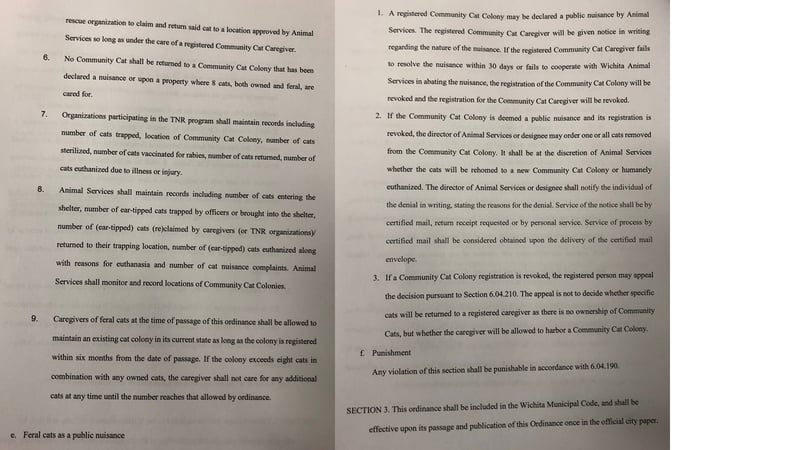 Wichita can do a better job of tracking cat colonies and controlling their size, among other feral cat problems, according to the Animal Control Advisory Board.  It voted 4-3 to propose a new ordinance it says will help.  Supporting members of the board say it just puts into law, helping regulate what's already happening.

But, both those who support the practice of Trap, Neuter and Release (TNR) and those who are against it tell KAKE News this ordinance isn't going to help end the problems caused by feral cats.

"We don't agree with anything they've got going on right now," said Cheryl Taskinen, president of the group Friends of Felines.  "Cause what we presented is completely different from what they're looking at now."

Taskinen and Ewert represent two sides normally in opposition on what to do about feral cats in the City of Wichita.  Now, they find themselves on the same side - opposing the new proposed feral cat ordinance.

The Animal Control Advisory Board's chair, Stephanie McCurdy, says this new ordinance will help the city get a better idea of how many cat colonies already exist, as well as make sure they're properly taken care of through neutering and regularly monitoring, and that the colonies don't get too large.  The proposed ordinance limits cat colonies to eight cats, requires caretakers to register with the city and feed the cats on a regular basis, as well as get them neutered.  It also allows the city to remove nuisance animals.

The process of developing this proposed ordinance has gotten highly emotional for many, with that emotion showing up again in this final meeting on the issue.

"We've beat it to death," said one board member, talking about how long they've been discussing this proposal.

From the beginning, Audubon Society members and other bird lovers have raised concerns about the damage cat colonies can do to the bird population.  They want cat colonies banned entirely.

"They're not part of the United States environment.  They're an introduced species," said Ewert about domesticated cats.  "They are predators that kill, whether they are well fed or not."

While cat lovers say this proposal will do nothing to help end the problem of feral cats.  Which is what they say trapping cats, neutering and then releasing them to live out their natural lives will do.

"Well, no more kittens, for one," said Taskinen about the benefits of a plain TNR program.  "The growth (of colonies) stops immediately.  Cats get a lot healthier.  All the roaming stops, the spraying, the mating noises.  All that stops."

With Monday's vote, the proposed ordinance could go straight to the Wichita City Council or to District Advisory Boards to let individual neighborhoods talk about it first.  In the end, the council can do what it wants with the proposal.