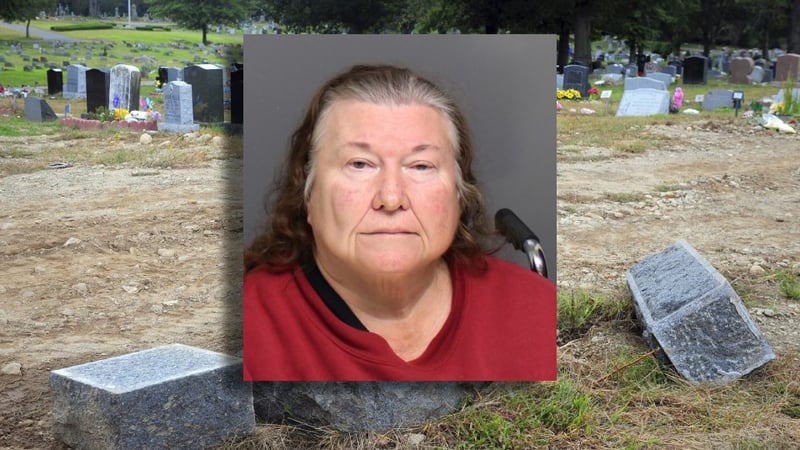 A fuller picture of a cemetery in ghastly disarray emerged Thursday as the longtime caretaker of a graveyard in Connecticut’s largest city was arrested and officials described in new detail shocking discoveries that included human bones and casket pieces scattered about.

About 130 graves were disturbed at the 57-acre cemetery and included those of Civil War veterans, Bridgeport authorities said. Gravestones and remains had been removed to make way for the newly dead, while some new graves were stacked on top of old ones, separated by a layer of dirt

“What we found right away was a lot of disturbed dirt, garbage, headstones that were overturned and ... bone fragments that were later confirmed to be human remains, and pieces of old caskets that date back over 100 years,” police Capt. Brian Fitzgerald said at a news conference.

“We were finding gravesites from some soldiers that were close to 100 years, in some cases over 100 years old, mixed in with new burial plots from 2011 on,” he said.

At one point during hearings he held in recent months, Probate Judge Paul Ganim said Thursday, “There were literally bags of bones that were picked up by witnesses that were brought in.”

Relatives, in the absence of government oversight of the cemetery, have meanwhile taken upon themselves the monumental tasks of trying to establish whether everyone is buried where they should be, decide what to do with newer remains buried atop older ones, identify the unearthed bones and fragments, and restore order to the burial ground located just north of downtown.

“It’s absolutely just unbelievable that people did this, and they’ve been doing this for a while,” said retired lawyer Cheryl Jansen, whose great-grandparents and other relatives are buried at Park Cemetery. “You never think you have to worry about your dead relatives ... but I guess these days you do.”

People with relatives buried at Park Cemetery had complained about conditions over the years to police and other local officials, Jansen said. Ultimately, it was her legal filings over the past year that led police to search the cemetery in September and arrest former caretaker Dale LaPrade on Thursday.

She turned herself in to Bridgeport police and was charged with felony interference with a cemetery — a crime State’s Attorney John Smriga said he had never seen prosecuted before. LaPrade was released on a promise to appear in court Dec. 18.