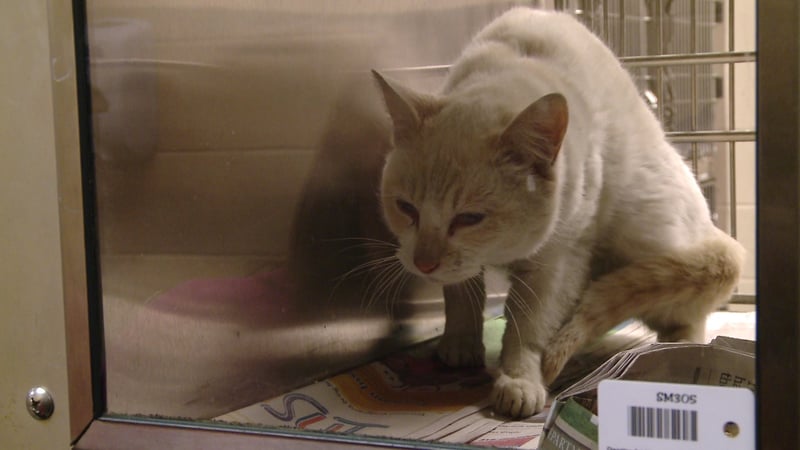 40 people filled a room at the Kansas Humane Society on Wednesday. The advisory board is trying to come up with recommendations on how the city of Wichita should handle its feral cat problem.

The city is looking into combating rising feral cat numbers by what's called trap neuter release or TNR, in which a feral colony is trapped, all the cats are spayed or neutered and then released back in the wild. The colony then dies out because it can't reproduce.

Supporters with the local group Friends of Feral Felines believes this could be the answer.

The board is considering allowing any homeowner in Wichita to register as a caretaker with the city. In return, he or she would be allowed to care for up to eight wild cats at a time, as long as they're spayed or neutered. It's an option some are against.

"There's gonna be more colonies than there are stop lights in this city," one attendee told the board.

"This is impacting neighborhoods and its impacting mine," another attendee who lives in Delano said.

Nationwide, cats are blamed for wiping out 20 native bird species. Some groups consider wild cats  a nuisance, taking a toll on neighborhoods .

"The question is does trap, neuter, and release actually work? Many of us feel that it doesn't work very well," said Jim Marlett, the Vice-President of the Wichita Audubon Society.

The advisory board is meeting again on January 16 to hopefully vote on an ordinance. Once the board votes, the ordinance will only be a recommendation. At the end of the day, animal control and city council members will decide what the answer to the problem will ultimately be.