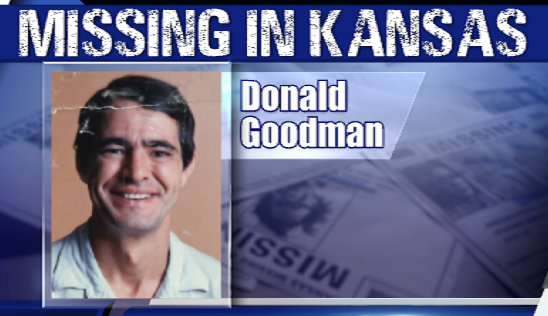 A Kansas man was last seen riding his bicycle 25 years ago – only never to be seen or heard from again.

Donald Goodman was riding his bike through Gage Park in the afternoon of July 25, 1993. His bicycle, which is his only mode of transportation, was found at his home not long after, according to the Capital Area Crime Stoppers of Topeka and Shawnee County.

Goodman’s home was found unlocked, with his glasses and cigarettes inside. Also, he never picked up his paycheck from work.

Today, Donald would be in his 60’s. There is concern for his health, as he has a medical condition that requires medication.

Distinguishing marks: Has scars on back and lower lip; is humpback and walks with limp.

If you have information that could help the case, contact the Capital Area Crime Stoppers for Topeka and Shawnee County at (785) 234-0007.