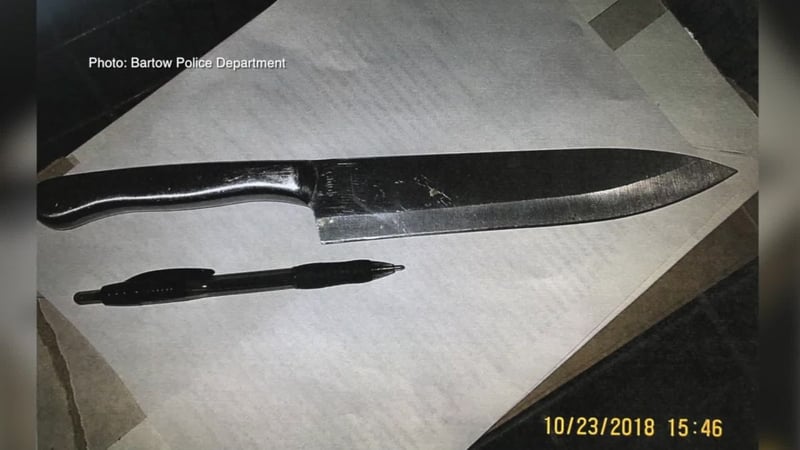 Two girls at a middle school in central Florida were waiting in a bathroom, planning to overpower 15 smaller students, kill them with knives and drink their blood, authorities said Wednesday.

The Bartow Middle School students were arrested Tuesday and charged with conspiracy to commit murder, possession of a weapon on school property, carrying a concealed weapon, and disruption of a school function, Bartow Police Chief Joe Hall said during a news conference.

According to officials, the 11- and 12-year-old girls said they were Satan worshipers and were going to drink the blood of the students they killed, and possibly eat their flesh. The girls also planned to kill themselves, they said.

The plan was foiled Tuesday after a robocall from the school to the home of one of the girls notified her parents their daughter was missing from class, according to Hall.

The girl's mother called the school and the assistant principal found the students in the bathroom, Hall said.

They were taken to the principal's office, where one girl was found to have a butcher knife and a kitchen knife. The girls also had a pizza cutter, police said.

The girls had a goblet in the bathroom, authorities said.

Detectives searched the girls' homes and found a hand-drawn map that included the phrase "go to kill bathroom."

"Today is health lesson thank Satan we are doing this in bit," a note read, police said. A search of the girls' cell phones found messages regarding the plot, Hall added.

Additional police were already on campus because a student had notified a teacher of a rumor about a possible threat to students at the school in a specific building.

Superintendent Jacqueline Byrd said school staff responded quickly to reports of suspicious behavior. There will be counselors and extra police officers at the school this week, Byrd said.