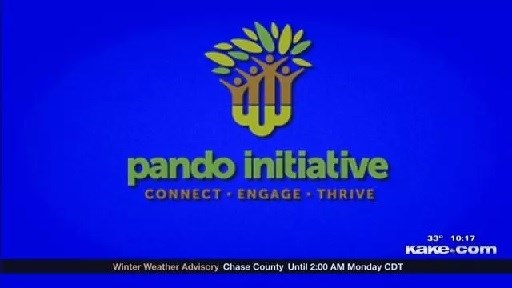 A local group is helping thousands of kids struggling to make it to their senior year.

The non-profit Pando Group volunteers advocates give their time to dozens of students. The group's executive director, Penny Olsen says the volunteers helps kids with the daily pressures of life and school.

"Our student support advocates they build a real trust with these students they have lunch with them, they are in groups they meet one on one," said Olsen.

KAKE's partners Devaughn James Lawyers are honoring the Pando initiative as this week's Wins For Kansas.