Committee says Century II is past its prime, action needed 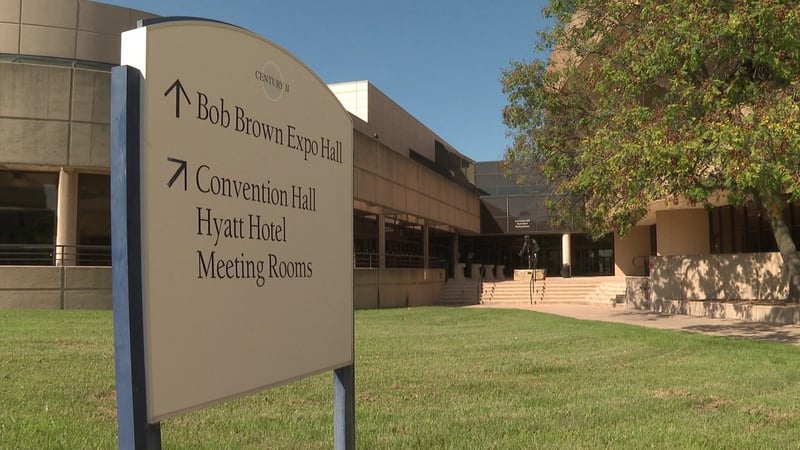 Century II opened its doors in 1969, and was the premier place for performing arts in Wichita at the time. But fast forward to today and the building is falling apart.

Mary Beth Jarvis, a chairman for the Century II citizens committee said, “From a leaky roof, to crumbling concrete, to catwalks in staging areas where we shouldn't go. There's just so many things that are behind in terms of maintenance and upkeep."

Other issues discussed include but are not limited to bathroom accessibility, asbestos, the halls not being sound-proof, the round design not being compatible with modern standards.

Safety issues are also a concern. The committee brought up that the Music Theatre Wichita welders often have to work in unventilated basement hallways.

Tom Frye, a well-known Wichita actor, has performed in the building over the years. He says the current venue can't handle bringing in better shows.

He said, “The technology in theater is advancing so much in 50 years that our stages are just not equipped for the new, modern productions you see on Broadway.”

“You can't bring Phantom of the Opera here because the giant chandelier can't hang from this roof," Jarvis said. "You can't bring modern shows that have technological requirement.”

While no decisions have been made the debate still stands:  should the building be demolished? A new one be constructed? Or should it simply be renovated?

The committee agrees action needs to be taken quickly because doing nothing will only hurt Wichita’s performing arts scene in the city.

Frye said, “Obviously a new building would be wonderful but we really need to get more information from the city and see how they feel about it. We're taking this very seriously.”

“This has to happen to now. It's not going to be small," said Jarvis. "There are no more small fixes and there's no more putting it off.”

The committee was formed in January at the Mayor’s request. Right now, the committee will continue to gathering the public’s feedback on what to do. The hope is to bring final recommendations to city leaders before the end of the year.