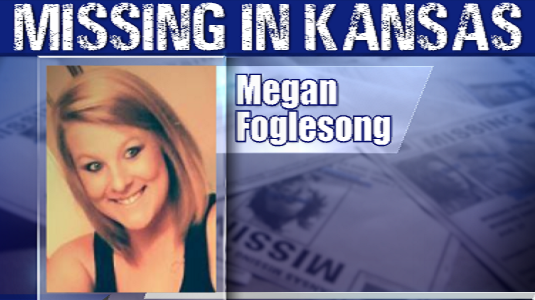 “She was full life, energetic, was pretty happy go lucky,” said friend Aaron Bagby, who went to the Kansas vigil. At the same time, a separate vigil was hosted in Oneida, Ill., where Megan spent much of her life growing up. A group sang a somber “Happy Birthday” and prayed, hoping to keep Megan’s memory alive.

Aaron got to know Megan in the months before her disappearance, in November or December 2015. In a small town like Alden, where about 150 people live, he said a case like this is unnerving.

“It's shocking, you know. It's scary,” he said. “To learn anything… to give answers to her family. I couldn't imagine how her mom feels. It would be miraculous. Ease their heartache.”

Yet, not much has turned up over the years. There have been six large searches and some small ones too, said former Rice County Under sheriff Brian Treaster. A search warrant was executed at a man’s home in February 2017 in Alden. Foul play has been suspected, though, investigators cannot say why. To this day, no arrests have been made.

Brian has helped some of those search efforts, even after leaving the department.

“It's difficult not to be able to tell them anything of what's going on or where she's at, or give them the closure that they would like to have, Brian said.

Though the Illinois vigil drew a much larger crowd, Kansas only had three people in attendance: Aaron, Brian and Ashlie Duft, who helped organize it.

“I cannot imagine what her family is going through and what they are thinking at this moment,” Ashlie said. “And just because so much time has gone by not having any closure it's just very devastating.”

They just hope one day someone will help lead them to the woman who brought so much joy to those around her – any clue to bring Megan home.

“Somebody knows something,” Aaron said. “and I pray that that some point that they find it in them to come forward with you know any kind of knowledge that could help ease the family's heartbreak.”

The mystery of what happened to a missing Kansas woman continues to rattle a central Kansas community.

Megan Foglesong was last seen in late November or early December 2015 in Alden, Kan. There was an unconfirmed sighting of Foglesong around Thanksgiving that year at Guy’s Liquor in Larned, Kan. She hasn’t posted to Facebook since Nov. 30 that year.

The Kansas Bureau of Investigation has taken over the case from the Rice County Sheriff’s Office. KAKE News reached out to the KBI for any update on the case, but we’re waiting to hear from their lead investigator overseeing it.

Friends and family continue to share Foglesong’s story on a Facebook group Bring Megan Home. They fear foul play was involved with her disappearance.

Missing since: November or December 2015

Age at time of disappearance: 21

Hair: Sandy blonde, though she has dyed it

Other distinguishing marks: Foglesong has several tattoos, including a flower design on her left hip; a heart design that reads “thick thin” on left wrist; infinity design on upper right chest; and dream catcher design on outer left calf.