Voters head to the polls for Kansas primary 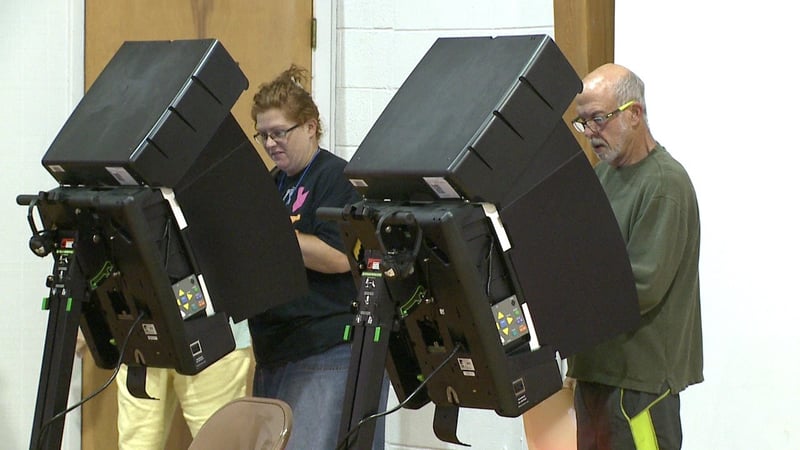 Thousands of voters are heading to the polls Tuesday for the Kansas primary.

The polls opened up at 6 a.m. and there's been a constant flow of people at locations like the one near 13th and West Streets. The nice part for voters is that the lines haven't been long.

Some arriving first thing in the morning to vote said they could not wait to be able to have their say into the governor's race, which has several candidates vying for office. They're encouraged by the high number of voters expected to turn out to vote.

"With the way everything is going right now, I think there's a lot of political unrest," Laurie Fluty said. "And so I get a chance to say what I think by the people that I choose to vote for."

David Bollenback said, "I encourage people all my life and try to get people to vote. A lot of my friends who don't vote, I always give them stuff about that. Get out and vote. That's kind of the point of our country."

There were issues with electronic machines at two polling places. Some voters had to fill out paper ballots.

?? We saw problems at 2 polling places this morning w/electronic machines. Some had to fill out a paper ballot instead.@SedgwickCounty says it’s likely an error from on-site staff, not equipment. But, they don’t know 100%@KAKEnews #KAKENews #electionday pic.twitter.com/jXX7FZD15d

The polls close at 7 p.m. Central. For questions about candidates or where to vote, head to kake.com/vote2018.