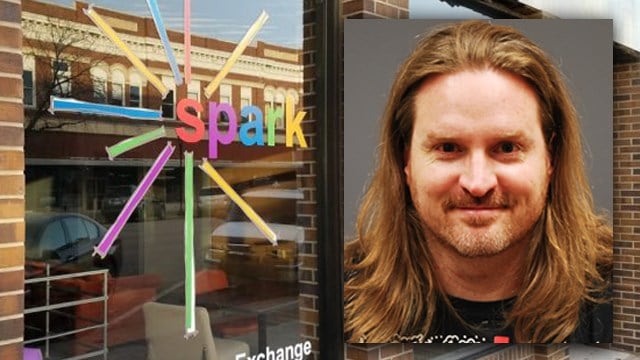 The SPARK Artist Resource Exchange was supposed to be an organization of artists who worked on projects across Salina. Instead, it's become a controversy after a Facebook posts about one of its directors who is also a sex offender.

The resource center is in the heart of downtown Salina. In the last several days, posts on Facebook revealed that program director Joel Beets is a convicted sex offender. Parents were worried that he had contact with children.

Beets was convicted in 2012 of possessing child pornography and was sentenced to Community Corrections. Since then, he has complied with all stipulations of his release. He was discharged in April of 2017.

But posts online allege he worked with children in the programs he directed at SPARK. One of its grant writers says that's not true -- that he was never in a position to work in any youth program and that none of his responsibilities violated any conditions of his release.

The public outcry was still enough pressure and all five of SPARK's top directors resigned.

The grant writer we spoke with, Brad Anderson, says while many knew of Beets' past, his work there was legal and there was no safety issue because of his assigned duties.

"There was never an expressed intent of children, families, children's programming," Anderson said. "That was never part of this."

The organization says it's privately funded and none of the directors were city employees. They're now working to restructure and reorganize. Its Facebook page has been deactivated.