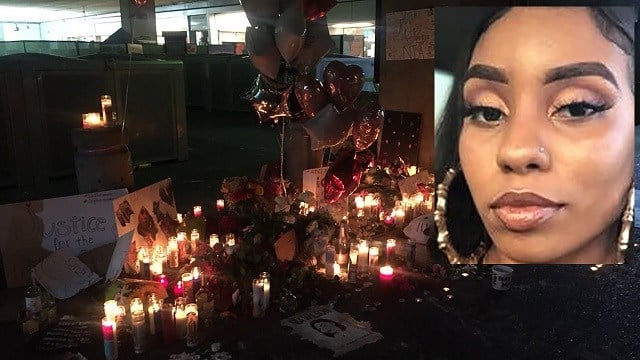 Friends and family are remembering an 18-year-old woman who was stabbed to death at a train station in Oakland, California, in an unprovoked attack against her and her sister.

About 200 people gathered Friday at a church for a solemn service to honor Nia Wilson, who was stabbed to death July 22 on a BART platform.

They remembered Wilson's loving nature, her musical talents and her aspirations to become a paramedic or join the military. Wilson's sister, Letifah, promised to "get justice" for her sister.

A man on parole, 27-year-old John Cowell, has been charged with murder and attempted murder in the July 22 stabbings.

Prosecutors say they are probing whether the incident was motivated by racial hate. Cowell is white, and the sisters are black.