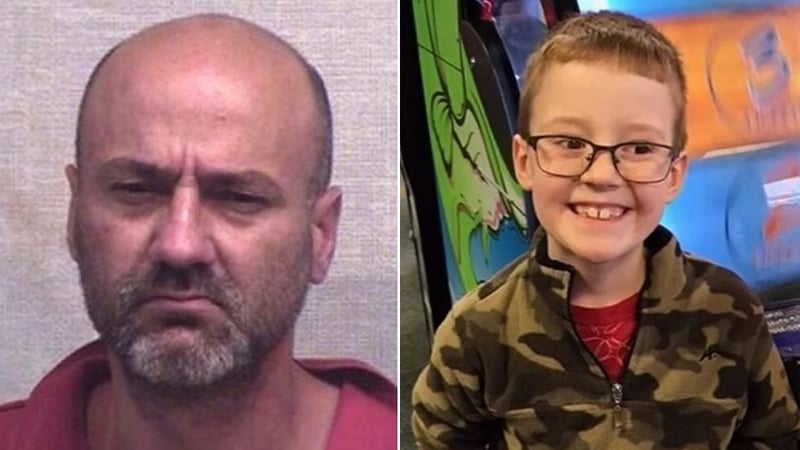 Police say a man did not get help for his young son after the boy accidentally ingested crystal meth.

Detectives said the eight-year-old ate his father's meth, thinking it was cereal. Officials say it was enough to kill a grown man.

Eight year old Curtis Collman III was in second grade. But police say his life ended because of two things, his father and his father's meth.

"Anybody that is a parent, you know, would be emotionally upset. It kind of hits home if you have kids." Detective Tom Barker

According to documents on June 21, the boy told his father he was hungry. That's when detectives believe the child started eating what he thought was cereal on a plate. Instead he was eating his father's crystal meth. Consuming 180 times the lethal limit.

But prosecutors say that parent, Curtis Collman II, who should have come to his aid did just the opposite. They claim Collman threatened his friend at gunpoint if she called for help, and stopped his own parents from calling 911 too. By the time they were able to, it was too late.

All the while, the boy was having seizures and convulsing.

"A 8-year-old child more than likely suffered for many hours. It upsets you." Detective Tom Barker

Thursday he asked for a bond reduction so he can wait for trial at home while prosecutors ask for the maximum penalty.

Authorities said they will fight to keep Collman behind bars. He also faces charges for pointing a firearm, theft and failure to register as a sex offender.

Copyright 2018 Cable News Network/Turner Broadcasting System, Inc. All rights reserved. This material may not be published, broadcast, rewritten, or redistributed.