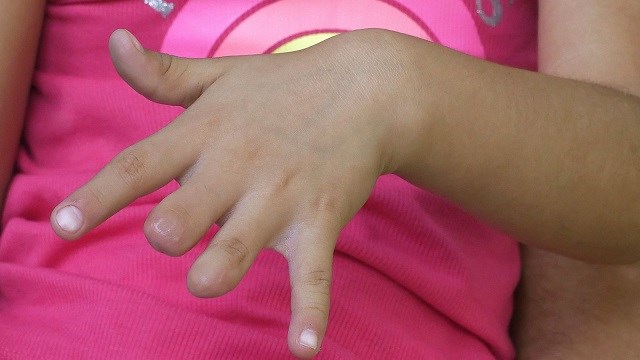 A 4-year-old Utah girl whose fingers were severed in a grocery store escalator last year is learning to color pictures again, but she could be facing more surgeries as her small hands grow.

Her father Ramon Moreno said in an interview Wednesday it's hard to forget the terrifying day he held his daughter in one arm and two of her fingers in a bucket in the other.

The family filed a lawsuit last week claiming it happened because the Salt Lake City store's failure to keep the escalator properly maintained left a hole where her fingers got caught.

They say Adalene Moreno's mother was checking out nearby when the girl's fingers were torn off in September 2017.

The store, Smith's Marketplace, is declining to comment, citing the lawsuit.