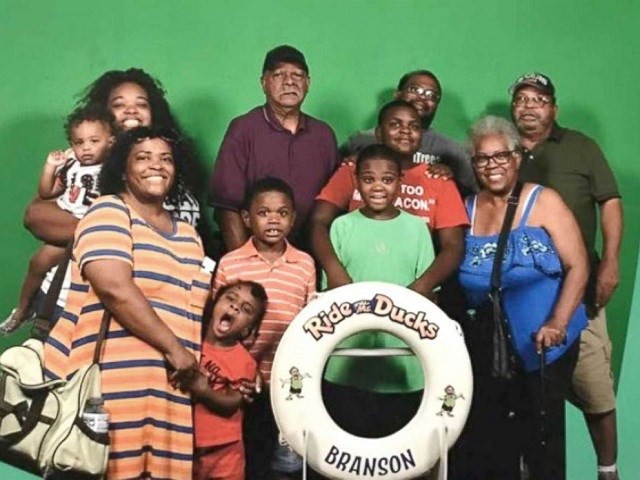 When a duck boat capsized during a storm in southwestern Missouri last week, 17 people died.

Nine of them were members of Tia Coleman's family.

Now, a GoFundMe campaign to help Coleman has raised nearly half a million dollars in just two days.

Coleman and her relatives were on a family vacation from Indiana, taking a tour Thursday of Table Rock Lake near the Missouri tourist hotspot of Branson.

A treacherous squall sank the boat. It took with it Coleman's husband, her three children and five other members of her family.

The only one who survived besides Coleman was a nephew.

"I felt like, if I was able to get a life jacket I could have saved my babies because they could have at least floated up to the top and somebody could have grabbed them. And I wasn't able to do that," she recounted over the weekend in an emotional interview at the Cox Medical Center Branson, where she has been hospitalized.

The GoFundMe campaign was set up by Coleman's sister, Leeta Bigbe. So far, more than 10,000 people have contributed.

GoFundMe spokeswoman Katherine Cichy confirmed the page's authenticity and told CNN in an email, "GoFundMe guarantees that all funds raised will go directly to the Coleman family. Our hearts are with Tia and her loved ones as they recover from this tragedy."

Elsewhere, Ride The Ducks Branson -- which operates the boat tours -- said it will pay all related medical bills and funeral expenses for victims. The company also said it will help with any travel or accommodation needs that will help victims' families.

"An event like this touches everyone," the company said.